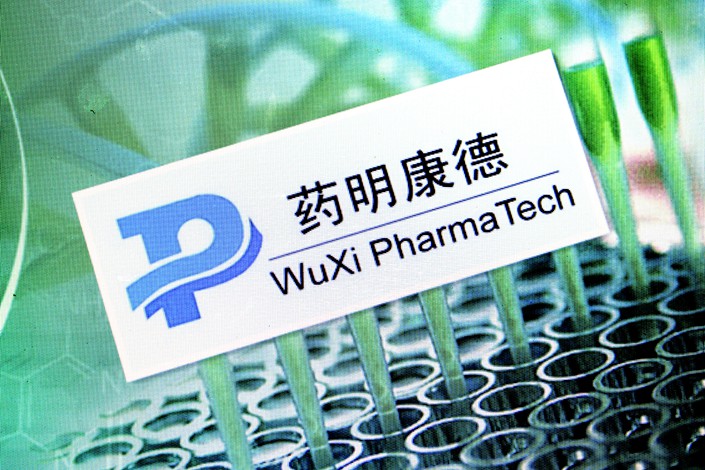 WuXi AppTec reported its revenue grew about 20% in the first half of the year to $640 million. Photo: IC

Just months after its blockbuster initial public offering (IPO) in Shanghai, biotech firm WuXi AppTec Co. Ltd. has filed for a second listing in Hong Kong, potentially making it the first of a new generation of drugmakers with dual listings accessible to domestic and offshore investors.

AppTec dazzled mainland stock buyers in May with an IPO that marked a sort of homecoming for a firm whose parent was previously listed in New York but later privatized to return to its native China. The company’s stock initially soared more than six-fold in the first three weeks after its debut in early May on strong investor hopes for the company.

Big rises on trading debuts aren’t uncommon in China, due to rules limiting a company’s valuation at the time of its IPO. But AppTec’s gains were unusually large, reflecting its status as part of a new generation of drugmakers that could take advantage of China’s rapidly growing medical market. The stock has come down somewhat since the initial big jumps, but still trades about four times higher than its IPO price.

AppTec did not provide any fund-raising targets or timelines for its Hong Kong listing, which was disclosed in a new prospectus filed to the stock exchange late on Tuesday. The deal’s underwriters include Goldman Sachs, Morgan Stanley and China’s Huatai Financial.

The company had previously said in July that its board had approved the plan for the second listing in Hong Kong. At that time it said the listing could entail the sale of 10% to 15% of the company’s enlarged share capital, which could put the fund-raising target at up to $2 billion, based on AppTec’s latest market value.

The new prospectus included background on the company as well as its latest financials, much of which were included in the original prospectus for the Shanghai listing and in subsequent quarterly earnings reports. The company reported its revenue grew about 20% in the first half of the year to 4.4 billion yuan ($640 million), while its profit jumped by 67% to 1.3 billion yuan.

AppTec is a unit of the formerly U.S.-listed WuXi PharmaTech, which privatized from New York in 2015 amid a wave of similar de-listings by Chinese firms whose shares were languishing due to lack of interest from American investors. Its popularity in China partly reflects the lack of similar choices for Chinese investors, whose markets are dominated by big companies with state-run backgrounds from traditional industries.