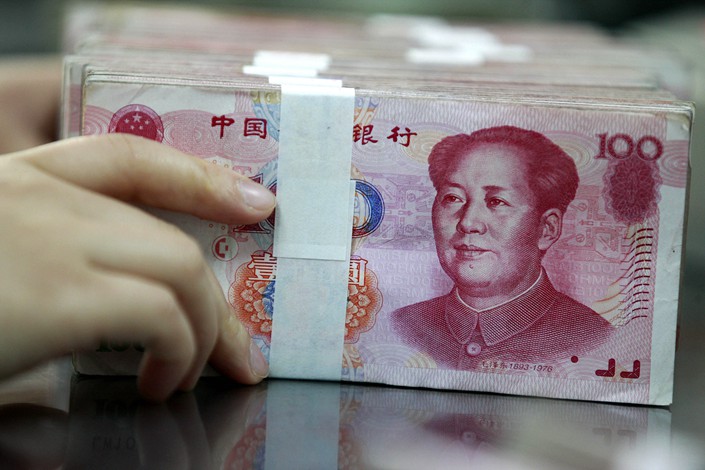 Premier Li Keqiang says that China has no intention of devaluing the yuan to counter U.S. tariffs. Photo: VCG

China does not intend to devalue its currency to prop up its export market, Premier Li Keqiang said at “Summer Davos” on Wednesday, in a speech delivered on the back of escalating trade tensions with the U.S.

“Some have seen recent fluctuations in the renminbi exchange rate as an intentional measure, but it isn’t true,” Li said during his keynote speech at the World Economic Forum’s conference in Tianjin. “The persistent depreciation of the renminbi will do more harm than good to our country. China will never go down the path of stimulating exports by devaluing its currency because it would come at the price of harming our environment without offering much benefit.”

The renminbi, also called the yuan, has lost more than 8% of its value against the U.S. dollar since mid-March amid the escalating trade war between the world’s two largest economies and slower economic growth at home. Fears have grown that the government might move to devalue the currency further to prop up firms’ competitiveness in the wake of the Trump administration’s decision to slap 10% tariffs on $200 billion a year of Chinese goods starting next week. Li’s comments appeared to be aimed at allaying such concerns.

The premier may struggle to convince his counterparts in the U.S. government of China’s commitment not to devalue the yuan, however. Speaking in a question-and-answer session immediately after the speech, U.S. Representative Todd Rokita of Indiana said that he agreed with President Donald Trump’s assessment that China is a currency manipulator. He said that in his role as vice chairman of the influential House Budget Committee, “I can see manipulations have occurred and is occurring, and I hope action is taken to stop it.”

In his speech, Premier Li also acknowledged that while infrastructure investment, a key driver of the country’s growth, has fallen to record lows this year, the country will not resort to major stimulus measures to prevent a slowdown. “China won’t turn back to the old path in which its economy was (overly) dependent on investment.” However, it will promote reasonable and effective investment as there are still a number of weak links in the sector, he said.

Li also reaffirmed China’s gradual opening up to foreign investment, particularly in the financial sector, a frequent topic of discussion at this year’s event.