By Wei Yiyang and Lin Jinbing 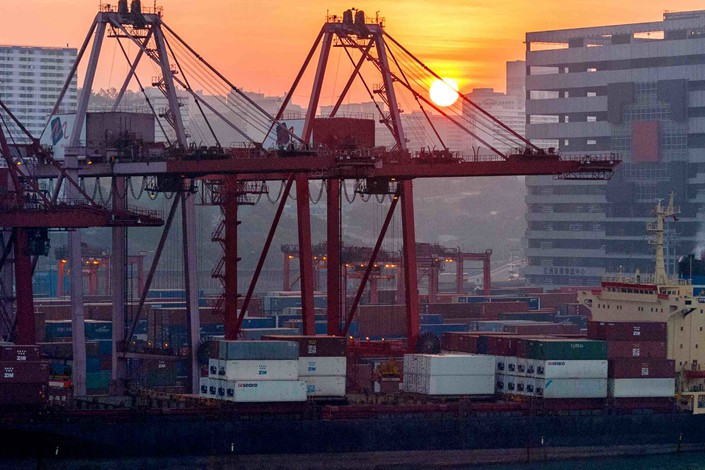 Cranes load cargo containers at a container terminal at the Port of Hong Kong on Nov. 4. Photo: IC

* About 5% of Hong Kong’s re-exports will be affected by new China and U.S. tariffs, group estimates

The escalating trade conflict between Washington and Beijing is weighing on the export outlook for Hong Kong, a key gateway for China’s external trade, with the local trade promotion body slashing its estimate for growth in outbound shipments this year by half and companies reporting weaker orders.

The Hong Kong Trade Development Council (HKTDC) lowered its forecast for goods exports this year to a growth rate of 3% from a previous expectation of 6%, because of the additional uncertainties caused by the dispute, HKTDC Director of Research Nicholas Kwan told a news conference on Tuesday. That’s a sharp drop on the expansion of 9.3% seen in the first half of this year.

The adjustment follows the White House’s announcement Monday that it will impose additional tariffs of 10% on a further $200 billion of Chinese imports from Sept. 24, rising to 25% next year. That triggered immediate retaliation from Beijing, which vowed to slap levies on $60 billion of U.S. goods at additional rates of 5% or 10%.

Both sides’ new tariffs will come on top of an additional 25% duty that they have levied on $50 billion worth of goods from each other.

So far, $250 billion worth of Chinese goods and $110 billion worth of U.S. goods have been subject to additional tariffs, accounting for around half of their exports to each other last year, according to Caixin calculations based on data from the U.S. Bureau of Economic Analysis.

The HKTDC also released the results of its Export Index survey for the third quarter on Tuesday. The reading plunged to 35.8, down from a 29-quarter high of 54.1 in the second quarter, the largest drop since the index began in 2006.

“Overall, Hong Kong exporters exhibited mixed feelings towards their trade counterparts involved in the current trade friction,” the HKTDX said in a statement. While the gauge of exports to the Chinese mainland is expected to remain barely in expansionary territory, which implies a reading of 50 or more, expectations for shipments to the U.S. are far less promising, with the reading dropping to its lowest level since 2009.

In the third quarter, some 44.5% of responding exporters were concerned that the China-U.S. trade friction would hurt their exports, edging up from 42.8% in the previous quarter, the survey showed.

More than one-third of respondents reported that their export performance had been negatively affected by the dispute, a substantial increase from 21.3% in the second quarter. Among them, more than half said buyers were cutting back on the size of orders, and a quarter said they had had to bear the cost of the extra tariffs. Companies in the survey also reported canceled orders, bargaining over prices, and a shift of sourcing away from China.