Can WMPs Invest Directly in Stocks Under New Rules? 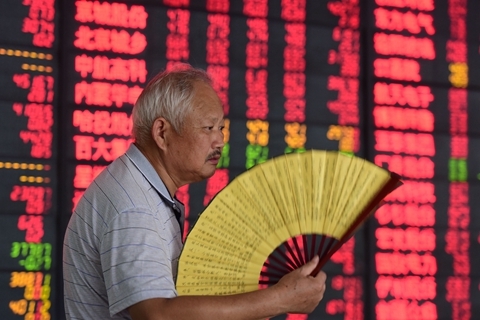 China’s stock markets are stuck in a bear market over concerns of the trade war and economic slowdown. Photo: VCG

A new guideline on commercial banks’ securities investment accounts for wealth management products (WMPs) has raised speculation that China will finally allow the country’s 30 trillion yuan ($4.5 trillion) of WMPs to be directly invested in stocks.

The rule change comes at a time when China’s stock markets are stuck in a bear market over lingering fears about the trade war and a broader economic slowdown. The benchmark Shanghai Composite Index hit its lowest level since November 2014 on Monday ahead of the Trump administration’s announcement of new tariffs on $200 billion a year of Chinese goods.

But some experts say the new rule will not cause any immediate change for bank WMPs to enter the stock market because of remaining regulatory restrictions.

Under previous rules, commercial banks were required when opening securities accounts for their WMPs to provide a separate self-discipline management commitment limiting investments to fixed-income products. The new rule removed such restrictions.

Commercial banks can now open accounts to invest WMP assets in all financial products permitted by law and regulations, the China Securities Depository and Clearing Corp. (CSDC) said Wednesday in a statement on its website.

Some market participants read the new guideline as regulatory approval for WMPs to enter the stock market, but some expect there is still a long way to go.

A person close to regulators told Caixin that the new account-opening rules wouldn’t change regulatory restrictions on WMPs’ investment in stocks and are not expected to bring a large influx of funds into the stock market for now.

Certain qualified WMPs are always allowed to invest in stocks, but because of restrictions on account-opening rules, such WMPs have to skirt the rules by first investing in certain intermediaries such as brokerages and trust companies, according to several asset managers and analysts. Such practice has fueled the expansion of opaque off-balance sheet lending activities, a major target of financial regulators’ campaign to reduce risk.

The latest rule change is part of efforts to reduce banks’ dependence on intermediaries to invest in the stock market, a person close to the regulators said.

CSRC clarified Thursday that the investment scope of WMPs is regulated by the relevant law and regulations and the new guideline doesn’t change that.

According to draft rules on commercial banks’ WMPs released in July by the China Banking and Insurance Regulatory Commission (CBIRC), the scope of investments for publicly offered WMPs and private products are regulated differently.

The investment scope of privately raised WMPs, such as those sold to high-net-worth clients, is agreed on in contracts between banks and clients. Such private WMPs can invest in debt and equity assets, including stocks and unlisted companies.

The July draft rules stated that regulations on public WMPs’ investments in listed companies’ stocks shall be separately developed by the banking regulator.

If public WMPs are allowed to directly invest in stocks, investors won’t need to open mutual fund trading accounts, because they can buy mutual fund-like WMPs from banks, which could have an impact on the mutual fund industry, a mutual fund executive said.