Opinion: What Is China’s Core Economic Interest in Trade War? 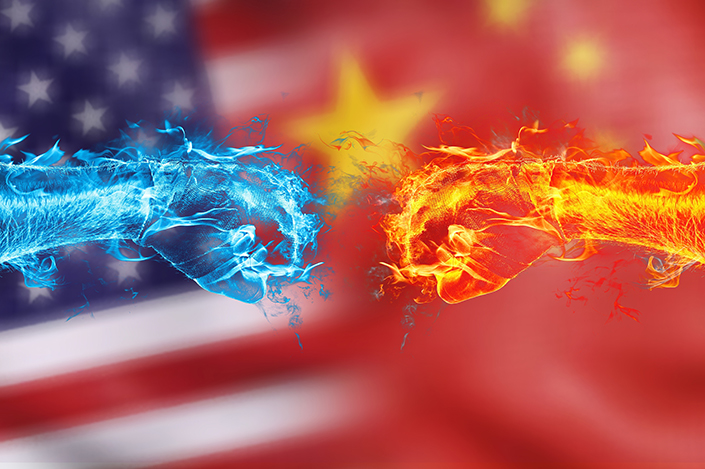 The tighter China holds itself to the U.S. on the global supply chain, the harder it would be for the U.S. to attack China on trade. Photo: VCG

The trade conflict between China and the U.S. has lasted for more than half a year. The two sides have held several rounds of consultations, but agreements were later broken and tensions have only intensified. The spat will likely be protracted, with frictions to continue and possibly escalate for a period of time, given the two countries’ diverging interests, public opinions and historical experiences.

A broad range of issues are involved in the trade dispute. For example, the U.S. has pressured China on forced technology transfer, talent strategy and industrial policy issues, as well as issues the two sides have long been at odds over, such as intellectual property rights, labor, environmental protection, state-owned enterprise reform and foreign exchange rates. Meanwhile, the U.S. has targeted products and sectors that go well beyond those in which China has a competitive advantage. The U.S. tariffs also target industries that the country plans to focus on for future development.

China is facing unprecedented challenges considering the length, broadness and intensity of this most-recent trade conflict with the U.S. The most urgent issue for China is to clarify the core interest of the Chinese economy.

It is unavoidable to decide what to gain and what to lose when China settles disputes over economic policies, seeks cooperation with other countries, or expands room on multilateral platforms. The gains and losses can only be decided after a sound judgment is made about the core interest of the Chinese economy.

One difference between President Donald Trump’s administration and previous U.S. governments is that it promotes Twitter politics and backtracks on its promises on Facebook, which has greatly increased uncertainty in Sino-U.S. trade relations. That could lead China’s policymaking to waver even though the government seeks to maintain its strategic focus. Therefore, China’s policy needs to be anchored to a stable target. And the key to finding the anchor of China’s economic policy is a sound judgment of the nation’s core economic interest.

The core interest and its three fronts

This judgment encompasses three extended meanings: China’s current position on the global supply chain, room for the Chinese economy to develop and move up the chain, and the balance between efficiency and risk while we engage with the chain. In order to maintain China’s position, we must ensure there is room for China to ascend and strike a balance between efficiency and risk. Our economic policy will not lose its direction as long as it keeps bringing positive results to that goal.

The U.S. has been heaping pressure on China on the three aforementioned fronts. It seeks to undermine China’s current position on the global supply chain through containing the country’s exports. By targeting Made in China 2025, it aims to restrict the country’s room to develop and move up the chain. The ZTE case reminded us that China is caught in a quandary about whether to prioritize efficiency or risk while involving itself in the chain.

How should China defend its core interest?

A mainstream theory in the U.S. is that the Sino-U.S. trade conflict has fundamental roots in the fact that China’s rise would undermine or even ruin the U.S.’ global status. People holding this opinion believe the bilateral dispute will inevitably intensify as it is not just about economic issues, potentially expanding into other areas. The view is shared by some in China as well. If we are stuck with this opinion, there will be no solution to the Sino-U.S. trade spat, and we will only see tensions in bilateral relations grow out of control.

Another perception is that the trade dispute can be resolved. Some American businessmen and financial professionals who were pro-China in the past altered their stance to support increasing pressure on China. The change eventually tipped the balance of public opinion in the U.S. against China. These groups’ questions about the Chinese economy focus on how China has achieved its ascent on the global supply chain and whether its approaches are fair and acceptable. It is possible that China can reconcile with these groups. Turning them around will likely have a positive influence on where the Sino-U.S. trade dispute goes. Their concerns are embedded in U.S. accusations of forced technology transfer, market barriers and unfair subsidies. Some of the concerns may be caused by misunderstanding, but many of them deserve to be addressed by improvements to Chinese policy.

China should carefully deal with these groups and faithfully try to reach a consensus with them. It should even be prepared to, while ensuring its core interest, make some concessions and speed up relevant reforms.

Some people call for China to restrict and punish American companies in the country in response to the limits imposed by the U.S. government on Chinese exports and Chinese investment in the United States.

But from the perspective of maintaining China’s position on the global supply chain, this is wrongheaded. Alienating American firms would at least in part delink China from the global supply chain. In addition, Trump’s tax reform is aimed at attracting American companies back home. If China imposes its countermeasures on American firms, it will provide another case for the policy of Trump while weakening China’s position on the global supply chain, even though these companies may not necessarily return to the U.S. It also risks alienating groups in the U.S. that China could win back to its side. Therefore, instead of slapping sanctions on American companies in the country, China should further improve its business environment and give the firms better treatment by further opening its markets.

In boxing, there is a third tactic besides going on the offensive or becoming defensive — clinching, in which one boxer wraps up his opponent’s arms to temporarily stop him from punching. The tighter he holds, the more impotent his opponent will become.

Similarly, the tighter China holds itself to the U.S. on the global supply chain, the harder it would be for the U.S. to attack China on trade. It would also make it easier for China to integrate itself into — and move up — the global supply chain. Therefore, when the U.S. decides to go against globalization, China needs to defend not only the multilateral trade system, but also the existing global supply chain. In addition, China should further tighten its economic and trade ties with the U.S. The closer those ties are, the smaller the uncertainties for the Chinese economy will become.

Xu Qiyuan is a researcher at the Chinese Academy of Social Sciences.

Editor’s note: This article is an excerpt from a longer original commentary piece in Chinese.