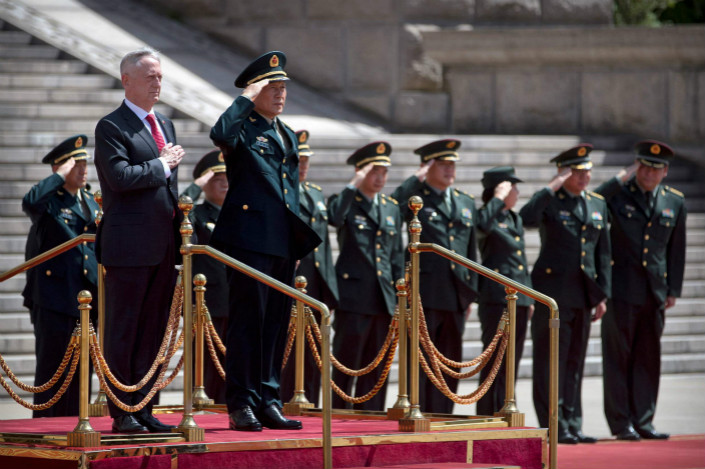 An annual security meeting between China and the U.S. has been postponed at Washington’s request, China’s foreign ministry said, as trade tensions between the pair spill over into their military and political relationships.

The second meeting for the U.S.–China Diplomatic and Security Dialogue, which first took place in Washington last year, was scheduled to be held in mid-October with attendance by U.S. Secretary of State Mike Pompeo and Secretary of Defense Jim Mattis.

“The U.S. has recently proposed to postpone the dialogue,” Chinese foreign ministry spokeswoman Hua Chunying said in a statement (link in Chinese) published Tuesday on the agency’s website. “China and the United States will continue to maintain communication for the second round of the China—U.S. diplomatic security dialogue,” she added.

Postponement of the talks is the latest sign of the growing tensions between Washington and Beijing over the last year. Trade issues lie at the heart of the tensions, with U.S. President Donald Trump criticizing China for practices like forced technology transfers and intellectual property theft.

Recent U.S. approval of the sale of military equipment to Taiwan and U.S. military patrols in the South China Sea (link in Chinese), both regular occurrences prior to the recent tensions, have further irritated Beijing.

Postponement of the security meeting comes less than two weeks after cancellation of the latest round of trade talks between China and the U.S. aimed at resolving the dispute. Beijing reportedly took the initiative in that case, believing it would be impossible to have productive discussions before the upcoming U.S. mid-term elections set for November, according to media reports.