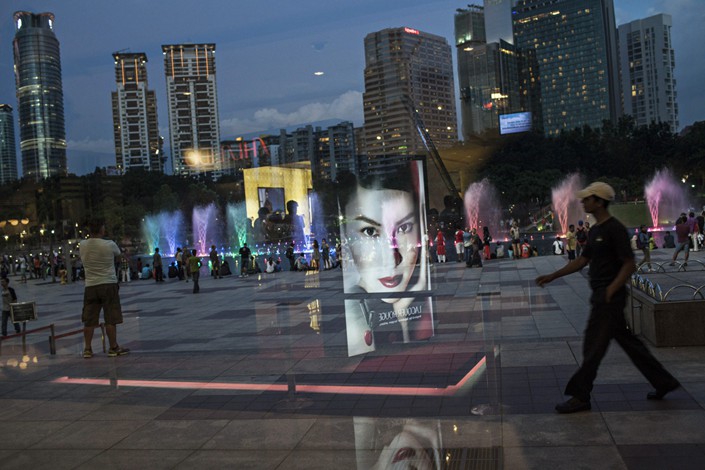 (Bloomberg) — Social media reports that China is cracking down on travelers returning home with suitcases full of luxury goods have alarmed investors in companies ranging from Japan’s Shiseido Co. to France’s LVMH and Kering SA.

Shares of the fashion and cosmetics giants plunged as videos of border guards looking for imports over the duty-free allowance of 5,000 yuan ($727) spread on the web, adding to jitters stemming from a trade war with the U.S.

Chinese consumers make up the lion’s share of growth for the luxury business and account for roughly a third of the industry’s sales, according to consultancy Bain. Many do the bulk of their high-end shopping during visits to Tokyo, Seoul, Paris and other tourist destinations, where prices are lower than at home.

Any stepped-up enforcement may be aimed at cracking down on the practice known as “daigou,” when Chinese tourists sell luxury goods acquired overseas at a profit when they return, according to analysts at JPMorgan. They said such imports from South Korea — representing perhaps 1.5% of global luxury sales — may have been the main target.

Shiseido, the Japanese manufacturer of high-end cosmetics, dropped 4.7% Thursday in Tokyo. The selling spread to Europe, with Kering down as much as 6.6%, LVMH falling as much as 5.5% and personal-care giant L’Oreal SA slumping 4%.

There haven’t been any official policy changes recently, the customs agent said in the report. But investors in luxury companies were already nervous about the sustainability of the boom in Chinese demand for their handbags, dresses, shoes and cosmetics as a trade war between the U.S. and the Asian nation intensifies.

Tougher border controls have been in place since 2015, and recent customs scrutiny has probably focused on travelers from South Korea, analysts at JPMorgan said in a note. Price differences on luxury goods between China and abroad have eased, they said, reducing the incentive for Chinese tourists to buy while traveling.

If a trade war intensifies, European stocks in the sector could fall 30% under a worst-case scenario, analysts at UBS Group AG said in July. After surging over the last year amid runaway demand for Gucci’s designs, Kering has fallen nearly 15% since mid-June, for example.

Any crackdown on unauthorized imports of Louis Vuitton totes and Gucci loafers could lower luxury conglomerates’ incentive to concentrate spending in the brands’ most profitable flagship stores, known for lines of Chinese shoppers waiting outside their doors.

Tightened border enforcement “could be phase 2 of China’s efforts to repatriate consumer spending of its citizens,” Exane BNP Paribas analyst Luca Solca said in an email.

South Korean cosmetics makers also declined Thursday as investors reacted to a report earlier in the week that said visitors from China declined.

“Data from Japan, Hong Kong, Macau and Korea points to China passenger traffic growth moderating quite significantly in recent months,” Jefferies analysts led by Stephanie Wissink wrote in a note. “Beauty is the No. 1 purchased category by outbound Chinese travelers worldwide, as more than 50% make beauty purchases while outside of China.”