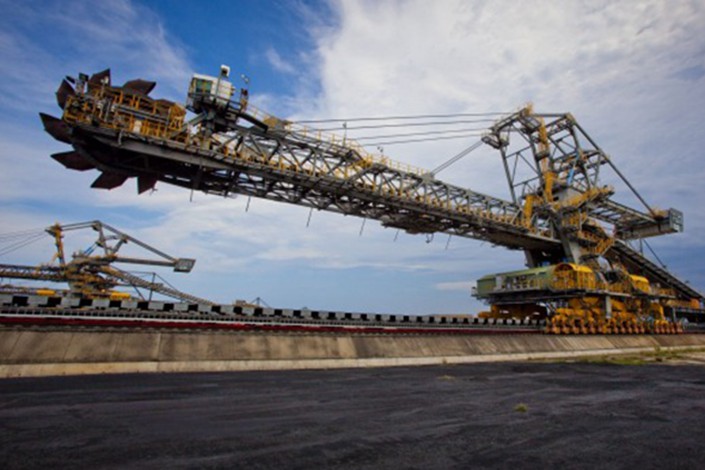 (AFR) — The biggest pure-play coal miner on the ASX says a recent Chinese clampdown on thermal coal imports was no surprise, while analysts expect the Middle Kingdom's demand for the fuel to remain strong in coming months.

Chinese demand for Australian thermal coal was stronger than expected in the first half of 2018, but softened in September after the Chinese government imposed unofficial restrictions on coal imports in a bid to prop-up its domestic coal miners.

Yancoal became the ASX's biggest pure-play exporter by volume when it acquired Rio Tinto's thermal coal mines in 2017, and the company's investor relations general manager James Rickards said the import clamps were becoming a familiar part of "shoulder season" in the Chinese energy sector, which falls between the summer and winter demand peaks.

"China's reduction in coal imports is almost becoming an annual tradition, as the government works to try and support local producers. As a result, it's been both anticipated and prepared for," he said.

"We're likely to see continued fluctuations in pricing across both low and high ash thermal [coal], but the China decision shouldn't cause too significant a ripple."

UBS commodities analyst Lachlan Shaw said the import clamps had not yet sparked a dramatic response from Chinese coal miners.

"[Coal] inventories are on the tight side, we are not seeing a very strong lift in domestic thermal coal production despite the [Chinese] government wanting that," he said recently.

As winter approaches in China, power generators, steel mills and other heavy industry are preparing for another round of operating curtailments and closures as part of government-mandated efforts to reduce air-pollution.

The winter curtailments were expected to be negative for thermal coal demand last year, yet demand proved more robust.

With Chinese coal stocks close to, or below, historic levels, Mr Shaw said he expected Chinese demand for imported thermal coal to remain strong through the coming northern winter.

"In general, thermal coal power generation will be strong through winter, which supports demand," he said.

"I think China's participation in seaborne trade will remain pretty supportive for thermal coal from here.

"The government will try to lift domestic supply through winter to match up with the lift in domestic demand, they will try to keep that balance, but I think that balance will result in the spot price remaining pretty high."

Coal's long-term role in the world's energy mix was back in the spotlight on Monday with the release of a report by the Intergovernmental Panel on Climate Change (IPCC). It found that carbon emissions would need to be reduced to net zero by 2050 if the world was to keep temperature changes within 1.5 degrees.

Speaking prior to the release of the IPCC report, Mr Shaw said UBS expected coal demand to remain significant for decades unless there was dramatically more intervention from governments.

"We see seaborne thermal coal demand holding at current levels for our forecast horizon which, for us, is five or six years out," he said.

"Once we get into early next decade we will start to need some new [coal] projects coming into the market and being built to replace depletion."

Mr Rickards said demand continued to grow in India and south-east Asian nations beyond the traditional customers for Australian coal in Japan, Korea, Taiwan and China.

"Ultimately, the quality of Australia's thermal coal against other suppliers, including China's own domestic producers, will continue to drive strong demand," he said.