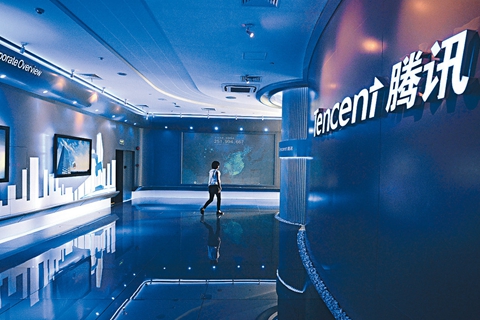 Tencent is investing in Nubank through a $90 million capital increase, the two companies said Tuesday in a statement. The Chinese company is also paying $90 million to acquire minority stakes from current Nubank shareholders, according to a Reuters report.

The Chinese tech titan has been seeking new opportunities in major emerging markets such as Southeast Asia, India and South America. The investment marks Tencent’s first investment in the largest economy of South America.

“We are delighted to participate in the growth opportunities in Brazil and Latin America more broadly through this strategic partnership with Nubank and to help the company build a full-service personal finance platform,” Tencent President Martin Lau said in the statement.

Tencent’s investment increased Nubank’s valuation to $4 billion, making it one of the most highly valued privately held startups in South America, according to a TechCrunch report.

The two companies did not disclose details of the stake acquired by Tencent. The figure may be around 5%, according to the online news organization The Information.

Founded in 2013, Nubank has raised $420 million through seven financing rounds. In April, the latest round led by venture capital firm DST Global Investment Partners, raised $150 million, the company said in the statement.

The São Paulo-based company has more than 5 million credit card users and signed up more than 2.5 million consumers to its digital savings accounts, making it the largest purely digital bank in the world outside Asia, it said.

While the company “didn't really need any more capital,” David Vélez, Nubank’s founder and CEO, said in the statement, “we found so much value in partnering with Tencent. Particularly everything there is to learn about the Chinese financial market.”

Tencent, the online gaming and social media giant, recently revealed a plan to shift its business focus from games to more innovative sectors. Tencent has remained active in equity investments in recent years to expand its business reach, pouring billions of dollars into more than 300 companies from traditional retailers to electric-car companies, according to Crunchbase, which tracks funding for private companies.

The Chinese internet company has stepped up expansion into the financial technology industry. It is a major shareholder of online-only bank WeBank and the online-only insurer ZhongAn Online P&C Insurance Co. Ltd. Last week, Tencent said it was acquiring a minority stake in a Filipino fintech company with global private-equity firm KKR & Co.

Investors led by KKR and Tencent will separately subscribe to up to $175 million of newly issued shares in Voyager Innovations, a firm that is developing digital payment and financial services and is substantially owned by the Philippines’ largest telecommunications company, PLDT Inc., according to a joint statement from the two companies.