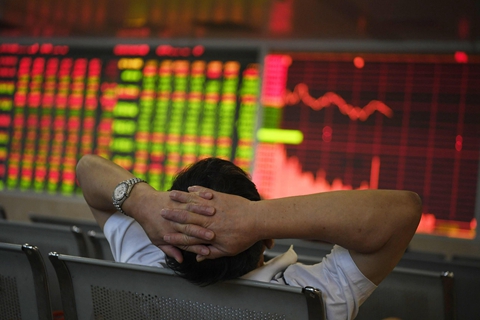 Equity investors are looking for more deals amid the market downturn. Photo: VCG

The China Securities Regulatory Commission said Friday it will allow listed companies to use as much as 50% of funds raised for acquisitions to supplement operating capital or repay debts for themselves or acquisition targets. Funds so used should not exceed 25% of the total value of an acquisition, the CSRC said.

The new policy reverses a mid-2016 rule intended to contain risky and speculative deals. That regulation curbed fundraising through acquisitions and strengthened scrutiny of back-door listing plans. Under the 2016 rule, companies could use funds raised for mergers and acquisitions only for the relevant transactions, to compensate employees affected and to invest in target companies’ future projects.

The easing came as China’s stock markets are suffering the worst declines in more than two years. The Shanghai index fell 5.22% and the Shenzhen index, 6.07% on Thursday, the biggest one-day drops in 2½ years. That followed sharp retractions in the U.S. and reflected investors’ concerns about China’s economic outlook.

Regulators have taken several steps to encourage mergers and acquisitions among listed companies, seen by analysts as efforts to boost the market. On Monday, the CSRC said it would introduce a fast-track procedure to review deals that do not involve huge amounts of money and major asset restructurings, allowing small M&A deals to avoid a lengthy approval process.

China has gradually eased control over M&A in capital markets over the past year to “stimulate market vitality, improve the efficiency of state-owned enterprises and reduce excess industrial capacity,” the CSRC said in August 2017.

So far, about 90% of M&A deals no longer require regulatory approvals, according to the CSRC.

The decision to ease funding restrictions is designed to meet the needs of market development and businesses players, said Gao Li, CSRC’s spokeswoman, at a Friday press briefing.

As markets slide, some equity investors are seeing investment opportunities. At a Wednesday seminar held by the Asset Management Association of China, some marker players said the downturn provided a good chance for long-term investment and called for more policy support for M&A.

The CRSC will support listed companies to use funds for clear and reasonable purposes and will improve supervision to support shareholders to strengthen their control through investment in share placements, Gao said.

The CSRC required listed companies to hire independent financial advisers to ensure proper funding management. It also pledged to tighten oversight of intermediaries including financial advisers, auditors and law firms in M&A deals and to toughen punishment of violations.