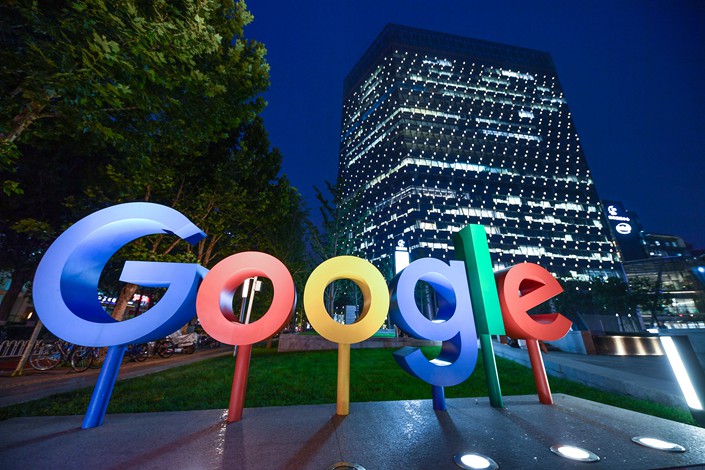 Google LLC could better serve Chinese internet users with a filtered search engine it is developing for a return to the market, CEO Sundar Pichai said, as he took a swipe at the nation’s current search leader in some of the company’s first remarks openly acknowledging the move.

Google shuttered its China search engine in 2010 after deciding it didn’t want to keep providing filtered results to comply with the nation’s strict laws forbidding material on topics deemed too sensitive or unhealthy. But it has changed its attitude under Pichai, who took over as the company’s CEO in 2015, and in August reports emerged that it was developing a new engine that would comply with China’s strict rules.

Google didn’t deny the reports, but hasn’t spoken openly about a plan that has reportedly created controversy within the company, including demands from its own employees that it be transparent about the process.

“It turns out we’ll be able to serve well over 99% of the queries,” that users request with the new China search engine, Pichai said on stage at an event on Monday hosted and reported on by Wired magazine, discussing the new product.

Google was briefly one of China’s leading search engines after it formally entered the country in 2006. But its share slowly eroded over the next four years to current leader Baidu Inc., which attracted both Chinese web surfers and advertisers for its better understanding of the local market. By the time Google left the market in 2010, Baidu controlled about 70% and Google was a distant second with most of the rest.

But Baidu, with its current dominant position, has come under criticism in recent years for abusive practices including promotion of its own products and mixing organic and paid search results without telling users. The criticism reached a crescendo in 2016 when a cancer patient used Baidu to find a treatment for his condition, only to later discover the treatment was experimental and the result that led him to it was part of an undisclosed paid advertisement.

The patient later died, but the outcry that erupted forced Baidu to be more transparent about mixing of paid and organic search results. Many Chinese that previously abandoned Google have lamented its departure in more recent years, and a large number say they would give the company another try if it were to return.

“There are many, many areas where we would provide information better than what’s available,” Pichai said, according to the Wired report. “Today people either get fake cancer treatments or they actually get useful information,” he added, in an apparent reference to the Baidu scandal.

Pichai said that as a global player, Google had an obligation to serve China’s large internet population that now numbers more than 800 million, making it the world’s largest. “We are compelled by our mission (to) provide information to everyone, and (China is) 20% of the world’s population,” Wired reported he said at the event.