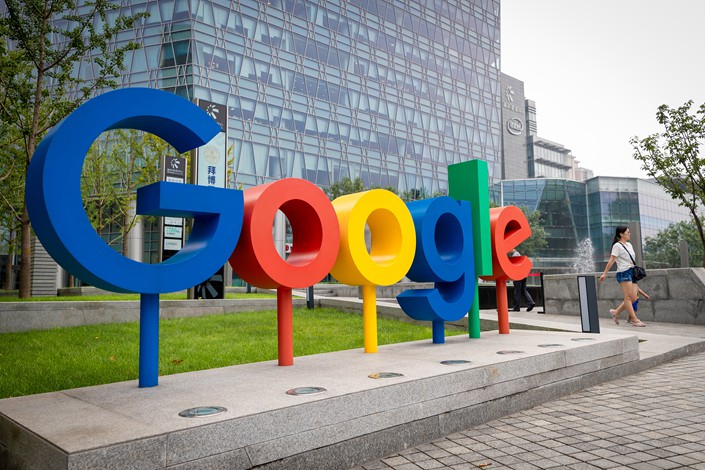 (Beijing) — Some employees at Google LLC have been circulating a petition calling on the company to be more transparent, following reports this month that the internet giant was planning a return to the highly controlled China search market.

The petition, detailed in Western media reports by journalists who saw the document, marked one of the first major pushbacks against Google since original reports emerged about the company’s plan to return to China’s online search market through a project called Dragonfly. That plan aimed to develop a China-specific search engine that complied with Beijing’s strict requirements that all website operators self-police for and remove content on sensitive subjects.

The petition complained that most people in Google learned of the project only through media reports, and called on the company to be more transparent when making decisions on similar issues involving potential ethical conflicts.

The petition referenced Google’s artificial intelligence (AI) principles, which were released in June after a controversy surrounding the company’s participation in a U.S. military project that used AI to help analyze footage taken by drones.

“(C)urrently we do not have the information required to make ethically-informed decisions about our work, our projects, and our employment,” the new petition said, according to a copy posted on BuzzFeed. “That the decision to build dragonfly was made in secret, and progressed even with the AI Principles in place, makes clear that the principles alone are not enough.”

A Google spokeswoman in Beijing referred questions to the company’s U.S. headquarters, and there was no immediate reply to an email to its media department.

The petition called on Google to give more ordinary employees “a seat at the table” when such potentially ethically sensitive topics emerged. “Google employees need to know what we’re building,” it said, outlining steps the company should take to address future issues where technology and ethics may be in conflict.

Google first entered the China search market in 2006, but then famously withdrew in 2010 after refusing to continue complying with Beijing strict laws for media self-policing. Since then, however, the Chinese internet landscape has changed notably, and the country has consolidated its place as the world’s largest internet market.

Most notably for Google, China has become the world’s largest smartphone market with around 100 million units sold each quarter. The vast majority of those are powered by Google’s open Android operating system, even though Google itself obtains few direct benefits since its own Pixel-brand smartphones and Google Play app store are unavailable in the country.

Google first began to send signals it wanted to re-engage with the Chinese internet community several years ago. Those included its resumption of conferences for local Android app developers, and the staging of a high-profile match featuring its AlphaGo computer taking on world champions at the ancient board game of Go. Most recently the company has also released an AI-based game, as well as a file managing app.

But the relaunch of a China-based search engine, which the company has neither confirmed nor denied, would easily mark its biggest and most controversial move to date. Many Chinese have said they would welcome a return by Google to challenge current market leader Baidu, which has been accused of putting advertising dollars above internet users’ welfare and privacy.