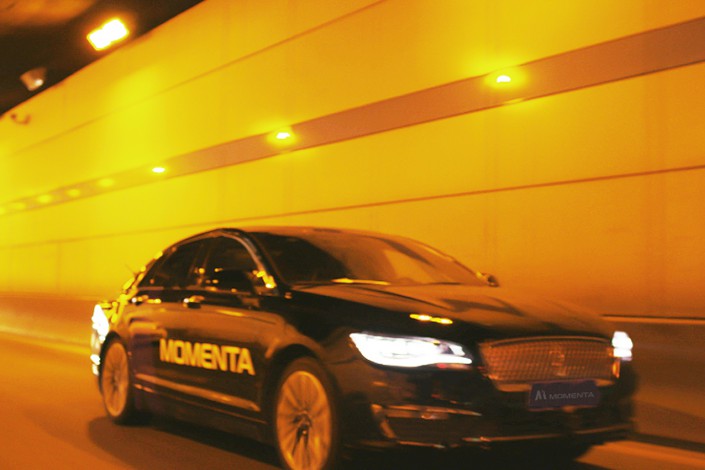 Momenta develops software in the areas of mapping and path planning, which are critical for autonomous driving. Photo: Momenta

Beijing-based Momenta said it has netted a new round of funding, becoming China’s first “unicorn” in the fledging autonomous-car sector with a valuation over $1 billion.

The company’s latest funding came from existing investors NIO Capital and Pagoda Investment, as well as new ones including internet giant Tencent, and government funds from the cities of Shanghai and Suzhou, the company said in a statement on Wednesday. It didn’t disclose an amount, but said the new money would bring its total funds raised to more than $200 million and valued it at more than $1 billion, the threshold above which a startup gets dubbed a unicorn.

Founded in 2016, Momenta is led by Cao Xudong, who previously worked at Microsoft and facial recognition company SenseTime. The company develops software in the areas of mapping and path planning, which are critical for autonomous driving.

“This round of funding has strategic importance to the company,” Cao said. “Momenta will continue to work closely with its strategic partners in automotive, logistics, big data and other related areas.”

Momenta has been among a number of Chinese startups that have entered the emerging autonomous-car sector, an area led by internet search giant Baidu Inc., which launched its own driverless car project as early as 2013. Other competitors include Pony.ai and Shenzhen-based Roadstar.ai, which raised $102 million and $128 million, respectively, in their latest fundraising rounds earlier this year.

Beijing has also been a strong supporter of autonomous cars, as part of its broader push to promote the electric car business and the artificial intelligence (AI) that helps to power such applications. Earlier this year, Beijing rolled out its first national rules that would allow local governments to issue permits to companies to test autonomous vehicles on public roads.

In August, Didi Chuxing, China’s largest ride-hailing company, announced plans to get into the self-driving business, following in the steps of U.S. rival Uber Technologies Inc., which had launched its own self-driving unit. Didi said at the time it has set up fleets of dozens of self-driving vehicles and launched road tests in four Chinese and American cities.

Foreign companies are taking interest in the China-based autonomous driving business as well. Waymo LLC, the autonomous-vehicle arm of Google LLC’s parent company, in May set up a subsidiary in Shanghai, with businesses involved in self-driving car testing and design.