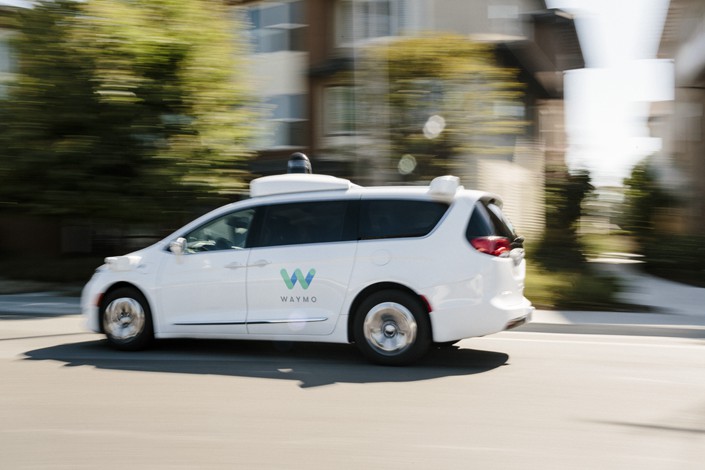 Waymo LLC, the autonomous-vehicle arm of Google LLC’s parent company, has set up a subsidiary in Shanghai, another sign the U.S. tech giant is stepping up its operations in China.

Huimo Business Consulting (Shanghai) Co. was established on May 22, with 3.5 million yuan ($509,000) in registered capital and Waymo as the sole shareholder, according to a filing (link in Chinese) on China’s National Enterprise Credit Information Publicity System. The company will be involved in businesses including self-driving car testing and design, as well as consultancy services on enterprise management, trade and logistics.

Several Waymo personnel were listed as the China subsidiary’s executives, including CEO John Krafcik and top lawyer Kevin Vosen, according to the filing.

The move is the latest signal that Alphabet Inc., the parent of Google — which largely withdrew from China in 2010 — is taking a renewed interest in the Chinese market.

The possibility of Google’s return to China has been making headlines since a report emerged that it has been quietly developing a China-specific search engine that won’t return results on subjects deemed too sensitive by Beijing.

The company shuttered its search engine services for the country in 2010 due to a high-profile spat with the authorities over content scrutiny. But more recently, Google has quietly begun to develop a new group of China offerings and stage locally based activities.

Last month, the company launched a Chinese version of its artificial intelligence (AI) game called “Guess My Sketch,” several months after it opened an AI center in Beijing late last year. In addition, Google has kept its advertising business open for Chinese companies looking to advertise outside the Chinese mainland, and in 2016 it resumed holding China-based conferences for developers of apps for its operating systems.

By establishing a venture in Shanghai, Waymo — a leading player in self-driving technology — is tapping into the world’s largest auto market, whose potential for driverless cars is expected to reach $500 billion by 2030, according to a report (link in Chinese) released by U.S. consultancy McKinsey & Co. in April.

The self-driving-car sector has been given a boost since earlier this year, when the government rolled out national rules (link in Chinese) to issue licenses to companies to test autonomous vehicles on public roads in certain cities, including Beijing and Shanghai.

In addition to the search giant Baidu Inc., which has been investing heavily in the technology, Waymo is expected to compete with a slew of other Chinese companies, including ride-hailing leader Didi Chuxing. Early this month, Didi said it began doing road tests in four Chinese and U.S. cities.