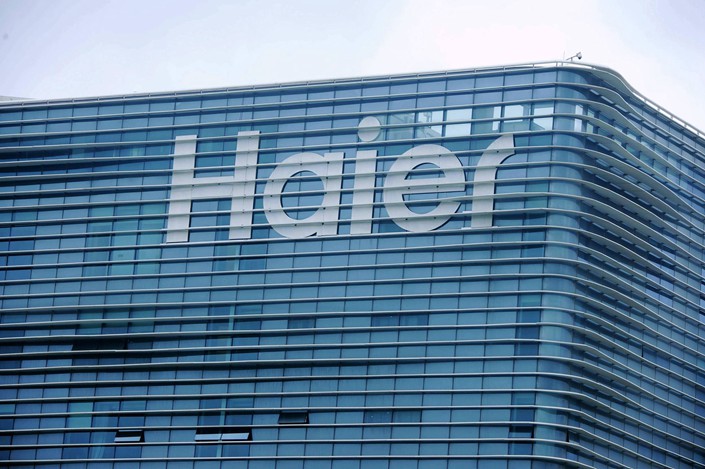 New German depositary receipts (GDRs) issued by appliance giant Qingdao Haier Co. Ltd. received a chilly reception from local investors ahead of a Wednesday trading debut when they will become the inaugural listing under a new program for Chinese companies in Germany.

Haier, one of China’s most successful global brands, priced its GDRs at 1.05 euros ($1.21) apiece, near the bottom of its previously announced range of 1 euro to 1.50 euros, according to a company announcement provided to Caixin by the China Europe International Exchange AG (CEIEX), which is hosting the listing. It raised about 278 million euros through the offer, or about half of the amount it had previously targeted.

Haier said the D-shares will trade under the international securities identification number CNE1000031C1.

The float will make Haier the first company to be listed in Frankfurt under CEINEX, a joint venture set up in late 2015 by the Shanghai Stock Exchange, German stock exchange operator Deutsche Boerse, and the China Financial Futures Exchange. The program aims to help Chinese companies with worldwide aspirations raise their global profiles, and also to tap international financial markets. It dovetails with a broader Chinese push to make its own stock markets and publicly listed companies more accessible to foreign investors.

One observer pointed out that Haier could be meeting with weak demand partly because it is the first company to list under the program. Others pointed out that such brands have often traded at lower valuations in offshore markets where their names are less familiar to local investors.

“The offering at a discount is normal,” Citic Securities analysts Wang Hao and Chen Junbin said in a research note. “The main reasons are liquidity and lower familiarity with Haier (among German investors) than in China.”

TF Securities said that Haier’s Shanghai-listed A-shares could come under pressure due to lower valuation for the new German listing. But it pointed out that shares traded in Germany only account for a relatively low 4.3% of Haier’s total share count.

“We expect the future pricing power of the company’s stock price to remain in the hands of A-share investors, since the A-share price is the anchor of the stock’s trading price,” TF Securities said.

Haier is one of China’s most successful companies in terms of building a global brand and developing overseas operations. The company made headlines earlier this month when it announced it will purchase Italian washing-machine maker Candy SpA for 475 million euros. Its largest purchase to date saw it buy the appliance unit of U.S. rival General Electric Co. for $5.58 billion in 2016.