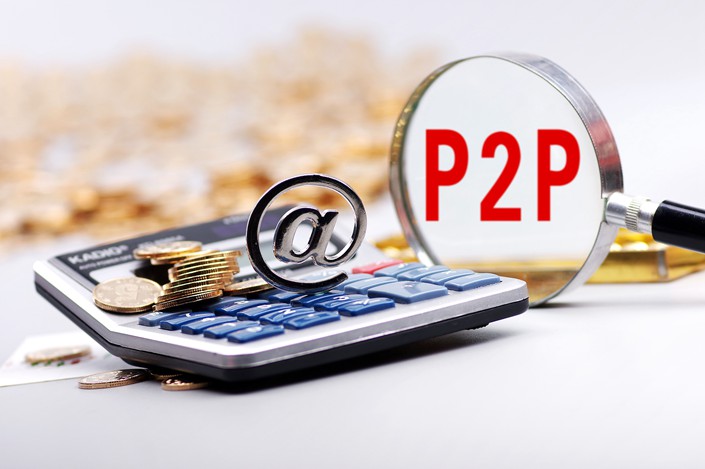 Regulators have put together a database to allow investors to check the details of the banks that peer-to-peer lending platforms use to hold their money. Photo: VCG

Regulators have taken another step forward in their efforts to protect investors and borrowers from unscrupulous or cash-strapped peer-to-peer (P2P) lenders by letting them check details of the banks the platforms use to hold their money.

The database was put together after financial watchdogs started to crack down on the P2P industry amid a wave of scandals and fraud that have seen thousands of investors lose money. To help prevent the owners of P2P platforms absconding with investors’ money, companies have been forced to deposit the funds they raise with banks authorized by regulators to act as custodians.

The information is now available on the website of the National Internet Finance Association of China (NIFA), a self-regulatory body for the industry overseen by the central bank and the banking and insurance watchdog.

P2P lending has been in turmoil for the last two years as regulators have worked to bring the loosely regulated industry to heel after a string of scandals and fraud, and the sector’s troubles show few signs of easing. In July, at least 165 P2P platforms either had difficulties meeting cash withdrawal demands, saw their owners abscond with investor funds or were investigated by police, almost triple the number from the previous month, according to a report by internet lending research firm Wangdaizhijia.

Regulators ordered every P2P lender to appoint one bank as a custodian of investors’ funds back in February 2017 after the collapse of Ezubao. Once the country’s largest P2P platform, Ezubao turned out to be a Ponzi scheme, which bilked about 900,000 people out of more than 50 billion yuan ($7.3 billion) in less than two years.

Under the custodian arrangement, the banks safeguard the money, but don’t take responsibility for loan defaults by borrowers or for the failure of the lending platforms.

The banks themselves were assessed by regulators to determine their suitability to be custodians and those who gained approval were put on a “white list” of compliant lenders. As of September, 25 banks had passed the evaluation.

So far, 53 P2P platforms have disclosed the details of their deposits at banks that include China Construction Bank, Huaxia Bank, China Bohai Bank, Baoshang Bank, Xiamen Bank, and China Merchants Bank, according to the NIFA website (link in Chinese).

Investors who provide the money that the platforms use to lend to customers can now check the names of the custodian banks, when the P2P companies signed the deposit agreements, and their 18-digit social credit identification number.

“Banks manage the funds, while the P2P lending platforms manage transactions,” said a risk management manager at a Chinese P2P lender, who declined to be identified. “This can ensure that funds are separated from transactions, preventing the platform from operating illegally without the authorization of investors, which can avoid situations like ‘self-financing’ and illegal fund-raising.”

Although P2P platforms are only supposed to act as intermediaries between borrowers and lenders, many set up companies disguised as unrelated third-party borrowers that then raised money from the platform’s lenders, a process known as self-financing. Although regulators had brought in rules in 2016 to ban the practice, they were unable to stop it completely.

Financial authorities are also stepping up supervision of delinquent borrowers. Last week Baihang Credit Scoring, a credit reference database for nontraditional lending, added information about P2P loan defaulters to their credit databases for the first time, to better deal with deadbeat borrowers in the online lending industry. The data includes information on borrowers who have defaulted on loans totaling nearly 200 million yuan ($28.82 million), with the value of some individual loans in the tens of millions of yuan.

“With new regulations for P2P lenders from China coming into effect, we see great changes coming into the entire ecosystem of marketplace lending,” said Michael J Beda, director at Shanghai-headquartered P2P investment platform Huaxia Finance. He said regulations to increase the transparency of platforms and allow investors to gain a further understanding of the industry will allow for more efficient investment by lenders and lower loan rates for borrowers.