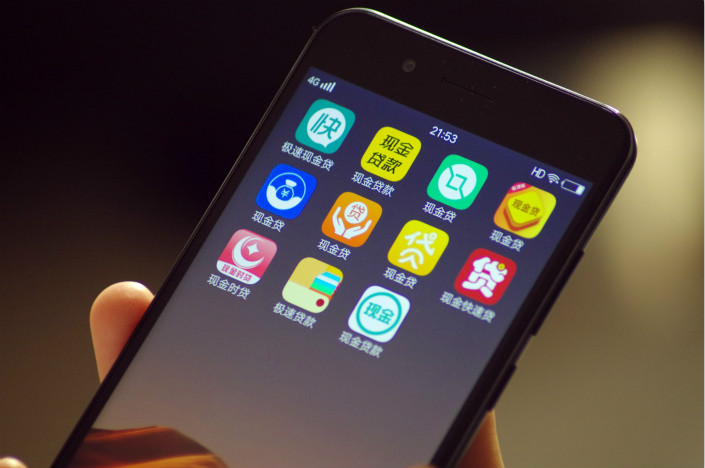 China has seen explosive growth in online lending in recent years, with thousands of platforms springing up to serve a wave of new consumers, eager to buy on credit. But risks ballooned as well — from violent debt collection to ultra-high interest rates — and government regulators followed with crackdowns.

Here are five things you need to know about how the fledgling sector developed, and what’s coming next.

Why did online lending take off in China?

In short, because demand for credit far outstrips what traditional financial institutions are prepared to offer. Low-income individuals struggle to get loans from the formal banking system. The growing consumer class is keen to splurge on luxury goods. Many smaller companies lack sufficient assets and collateral to get bank loans.

But China’s traditional financial institutions had long been unwilling to satisfy the soaring demand due to sparse credit information and the high cost of risk assessments. Alternative forms of financing have boomed, especially online. Last year China’s internet-connected population surpassed 770 million, according to data from the China Internet Network Information Center — more than the total population of Europe.

So it’s not that surprising that China accounted for 85% of alternative financing globally in 2016, according to estimates by the Cambridge Centre for Alternative Finance. The total amount of unsecured short-term loans offered by online lending platforms surpassed 1 trillion yuan ($151 billion) last year, according to statistics compiled by research firm Wangdaizhijia.

What are the risks?

Take your pick — high interest rates, over-lending, “improper” collection practices, privacy violations and even fundraising fraud have all been highlighted by regulators.

A flock of unlicensed or unregistered P2P companies and microlenders entered the industry, chasing easy profits. But as every loan shark knows, providing unsecured loans to individuals who are unable to get them from banks is risky. Ultra-high interest rates are a way of covering the high chance of default. If necessary, bad debt can also be sold to loan collection companies, which might be prepared to use threatening or even violent methods. There were also reports that some of these microloans were channeled into the property market, contributing to soaring home prices.

How have regulators responded?

Several new rules have been issued in recent years to protect consumers from fundraising fraud and predatory lending, and to ensure lenders have adequate capital and are not taking on too much risk.

After the government tightened regulations on P2P platforms in early 2016, the crackdown on unsecured short-term loans began in earnest last year. In late November, provincial governments were ordered to suspend license approvals for new online microlending companies. A week later, the central bank and the banking watchdog released new rules banning unlicensed platforms and reiterating the statutory limit of 36% on the annual percentage rate (APR) — the total interest rate and fees charged. These rules covered both microlenders and P2P platforms that facilitate small loans.

How have the big players in online lending coped?

Not too well. There was a wave of overseas listings last year by online lenders and P2P companies like China Rapid Finance Ltd., Qudian Inc., Hexindai and Ppdai. They got plenty of investor attention — Qudian raised $900 million in its initial public offering in New York, the biggest listing ever for a Chinese fintech firm — but the November regulations hit these companies hard, and their shares plummeted.

But bigger companies have the resources — such as access to funding, cost structure and staffing — to change the focus of their business. Qudian for instance is moving into offering financing services for budget car buyers.

China’s misbehaving online lenders have had their wrists slapped. But there’s still plenty of room for growth in the industry. The millions of customers wanting access to financing aren’t going anywhere. The government is also keen to encourage consumption, as it shifts away from an investment-driven growth model.

Some of the risks could be pared by the country’s first centralized personal credit database, which will be operated by a new company established in March by the National Internet Finance Association of China. This should help prevent consumers borrowing from one platform to repay another without lenders’ knowledge. The database will focus on collecting data from outside traditional financial institutions to complement the central bank’s own credit reporting platform, and helping online lenders better analyze consumers’ credit histories before they extend loans.

Other kinds of data-driven lending might also allow the industry to negotiate risks more effectively. WeBank, which is backed by Tencent Holdings Ltd., has developed algorithms to determine each user’s creditworthiness quickly and automatically, and thus loan to individuals and businesses without requiring collateral or a guarantee.