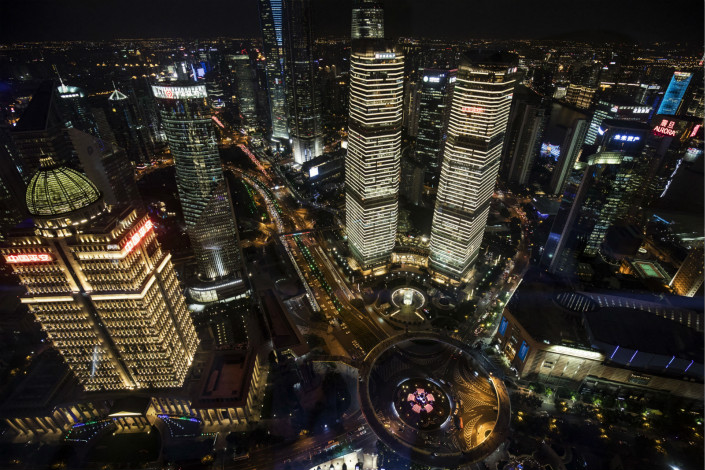 (Bloomberg) — Two large global wealth managers have imposed restrictions on staff travel to China after a UBS Group AG employee was detained, underlining the challenges of capturing business in a country where fortunes are growing the fastest on the planet.

UBS has asked some bankers not to travel to China after the incident, according to people with knowledge of the matter who asked not to be identified because the measures aren’t public. Julius Baer also barred trips by its relationship managers to the country, another person said.

Government clampdowns and unexplained absences have unsettled executives plying their trade in China, where even the president of law enforcement agency Interpol isn’t immune from abrupt detention. Meng Hongwei was reported missing this month after being taken into custody upon his arrival from France, according to press reports.

“China’s deep into an anti-corruption drive as well as an effort to deleverage the economy," said Scott Kennedy, a China expert at the Center for Strategic and International Studies. "The government are focusing like a laser beam on the financial sector."

It’s unclear under what circumstances the Singapore-based UBS employee was held and whether the person has been released, the people said. The UBS restrictions have only affected those who help manage money for clients and haven’t been imposed on the securities unit, said the people.

A Credit Suisse spokesman said no travel ban was in place for its staff. JPMorgan Chase & Co. and Citigroup Inc., which also have operations in China, declined to comment when contacted by Bloomberg.

China is a huge growth area for firms such as UBS as the share of world’s wealthy surge in the region. UBS estimates a new billionaire is minted in China every two days and Credit Suisse this week said China’s total wealth has risen 1,300 percent so far this century to $51.9 trillion, more than double the rate of any other nation.

Even amid the crackdown, China has thrown open its financial markets to foreign firms, a move that has given global companies unprecedented access to the world’s second-biggest economy. Over the past year, the nation has announced reforms that relax foreign ownership limits for lenders, insurers and money managers.

UBS has a long history in China and claims to have been the first Swiss-based bank to establish a presence in the Asia Pacific region in 1964. The Swiss lender is in talks to acquire a majority stake in its Chinese securities joint venture and Chief Executive Officer Sergio Ermotti said in January that the bank is ahead on a five-year plan to double headcount in the country.

It’s also the largest wealth manager in Asia, with total assets under management of $383 billion at the end of last year, according to Asian Private Banker. Last year, it got a private-funds license in China.