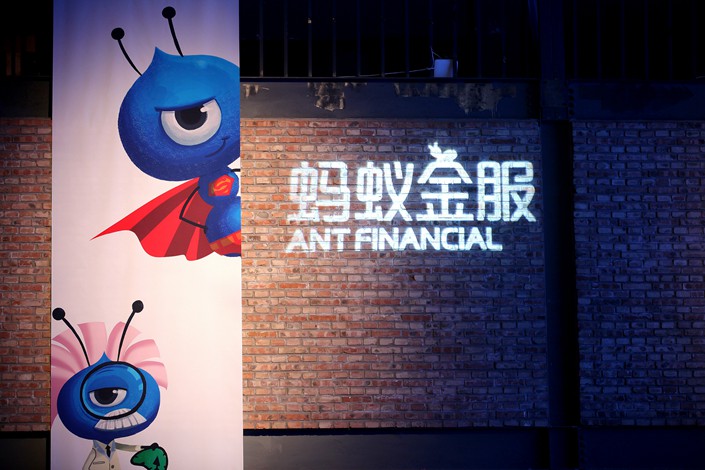 Ant Financial Services Group will pay $100 million for shares of StoneCo Ltd. within 30 days of the latter’s listing on the Nasdaq Stock Market. Photo: VCG

Ant Financial Services Group is buying $100 million worth of shares in the Brazilian credit card processor StoneCo Ltd., which has applied for a U.S. listing, as the fintech giant joins the rush of Chinese firms tapping into the South American nation’s recovering economy.

Ant Financial, an affiliate of e-commerce juggernaut Alibaba Group Holding Ltd., which operates China’s top two mobile payment platforms, has agreed to buy StoneCo’s shares at their initial public offering price within 30 days of the offering, StoneCo said in a regulatory filing to the Nasdaq Stock Market on Monday.

The card processor has indicated an offering price of between $21 and $23 per share, and said it expects to raise $1.06 billion in net proceeds from the offering and the Ant Financial placement.

StoneCo said it plans to use the proceeds to fund potential mergers and acquisitions, maintain liquidity and enhance product offerings.

Ant Financial is joining Warrant Buffett’s Berkshire Hathaway Inc. in investing in the startup. Berkshire has indicated interest in buying up to 14.2 million shares, the filing said.

Brazil, the second-largest economy in the Americas, has been encouraging investment from China, its largest trading partner, in sectors that include energy, logistics and agriculture.

According to Brazil’s Ministry of Planning, Budget and Management, total Chinese investment in the country hit $20.9 billion in 2017, the most since 2010, as a recession pushed down asset prices and attracted foreign capital.

While energy and infrastructure remain the major Chinese investment focal points in Brazil, its tech scene has gained momentum over the last few years.

As early as 2013, online security firm Qihoo 360 Technology Co. Ltd. led a $30 million funding round into PSafe Tecnologia, a peer co-founded by a former Microsoft executive. That investment was believed to one of the largest investments by a Chinese company in a Brazilian internet startup at the time.

Early this month, social media giant Tencent Holdings Ltd. spent $180 million to purchase a minority stake in Nu Pagamentos SA, or Nubank. The fintech startup was founded in 2013 and says 2.5 million customers use its digital payment services and that it has issued 5 million credit cards.

Goldman Sachs estimated that Brazil had 210 fintech firms last year, the most of any Latin American nation, up from 54 at the beginning of 2015, and estimated the firms are fighting for a revenue pool of about $75 billion across banking and insurance markets in 10 years, Bloomberg reported.