Brokerages to Set Up $3 Billion Fund for Market Rescue 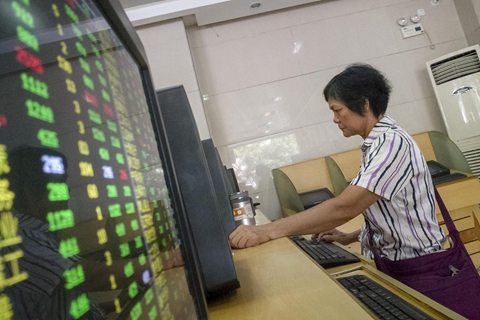 Eleven brokerages agreed to contribute to the program in the initial stage, and to invite banks, insurance companies, state-owned enterprises and government agencies to participate in the future. By setting up subsidiary asset-management plans, the fund will eventually expand to 100 billion yuan ($14 billion), the association said in a statement (link in Chinese).

The move added to market-stabilizing efforts led by national and local governments. China’s stock market sank to a nearly four-year low last week amid slowing economic growth, a trade war with America and rising U.S. interest rates. The Shanghai Composite Index lost 30% of its value from a January high.

China stocks started a rally late last week after top central-government officials moved in concert to shore up confidence. The markets posted their biggest increases in more than two years on Monday, extending gains to nearly 7% in the last two trading days.

“The message from China’s top regulators is very targeted to tackle the source of volatility,” said Carie Li, an economist at OCBC Wing Hang Bank. Li said the comments may restore market confidence, but fundamentals will be required to power a sustainable rebound.

The brokerage-sponsored bailout fund will be used to provide liquidity support for listed companies through investments to ease capital strains and support long-term development of private companies, according to the SAC statement.

In 2015, about 50 securities brokerages poured more than 220 billion yuan to bolster stocks after a market meltdown wiped out trillions of dollars of value that summer.

Without identifying the brokerages in the latest bailout, the SAC said the joint asset-management plan will boost investors’ confidence and improve the securities industry’s capacity to manage risks related to shares that have been pledged as loan collateral.

Analysts warned that forced sales could tip the market into a further downward spiral as listed companies have increased dumping of shares to repay share-backed loans amid the market downturn.

About $603 billion of shares are pledged as collateral for loans, or 11% of China’s market capitalization, according to Bloomberg.

While the central government hasn’t taken overt market-rescue steps, local governments including the southern cities of Shenzhen and Shunde as well as Beijing’s Haidian district have prepared capital support to bail out listed local companies.