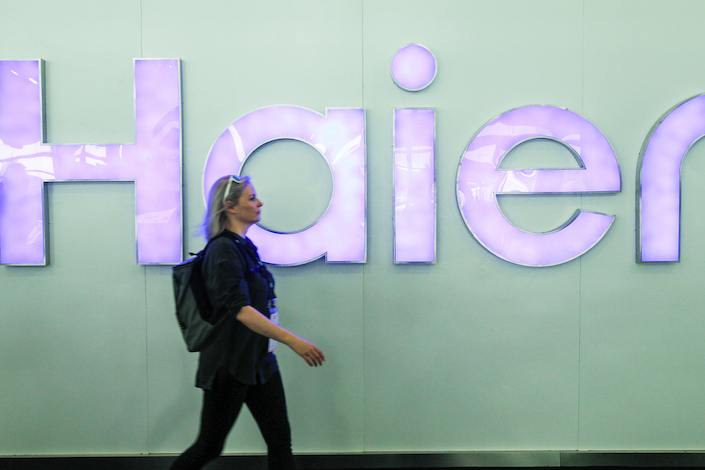 Haier is the first company to be listed in Frankfurt under the CEINEX. Photo: VCG.

German-traded shares of appliance giant Qingdao Haier Co. Ltd. opened flat in their Wednesday trading debut in Frankfurt, after pricing weakly in the maiden listing under a new pilot program.

Haier had priced its D-shares late last week at 1.05 euros ($1.20) apiece, at the low end of its previously announced range, raising 278 million euros.

The D-shares opened at 1.06 euros in their Wednesday trading debut, and were trading at 1.05 euros a short time later.

The float made Haier the first company to be listed in Frankfurt under CEINEX, a joint venture set up in late 2015 by the Shanghai Stock Exchange, German stock exchange operator Deutsche Boerse, and the China Financial Futures Exchange.

But observers pointed out initial demand could be weak for the D-shares due to lack of awareness about the new program, and also due to lack of familiarity among German investors with Chinese companies.

A previous version of this story referred to Haier's Frankfurt-listed shares by the wrong name.