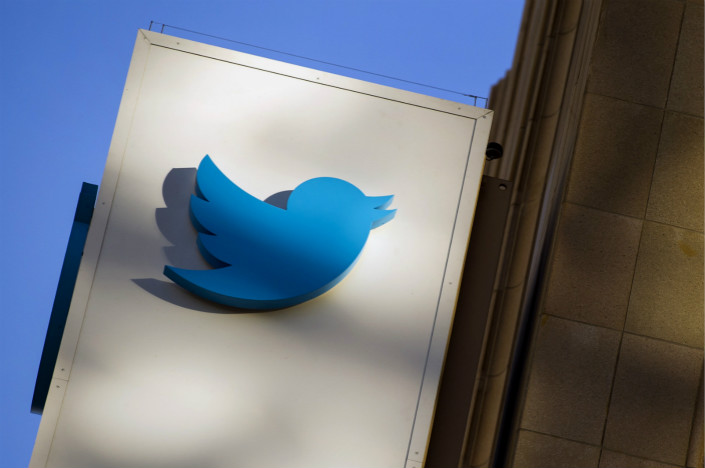 The social media giants have reported online disinformation campaigns ahead of the Nov. 6 elections that appear to originate from Russia and Iran. But officials from both companies said they haven’t found evidence so far of such activity from China.

“When we think about China, we haven’t seen the same sort of coordinated operations involving information operations as we have from the other nation states,” Nathaniel Gleicher, head of cybersecurity policy at Facebook, told reporters in Washington on Wednesday.

A press representative from Twitter, who spoke on condition of not being identified by name, wrote in an email that the platform is not detecting coordinated activity from China.

Facebook and Twitter are the latest in a string of tech companies that have made findings undercutting Trump’s claim. Last week, top cybersecurity firms — FireEye Inc., Symantec Corp., and Crowdstrike Inc. — said that, in working to help safeguard the November elections, they haven’t seen evidence of digital interference by China.

In the wake of Russian interference in the 2016 election, Facebook and Twitter have stepped up efforts to detect and stop foreign-government disinformation campaigns on their platforms. The companies use automated algorithms and human reviews of suspicious activity to search for coordinated campaigns.

Facebook and Twitter have both suspended or removed accounts that appeared to emanate from Russia and Iran and seemed to be intended to influence U.S. opinion as this year’s elections approach. It’s possible that Chinese activity could be undetected or surface closer to the election.

The Trump administration’s claims about Chinese interference have mounted since last month, when the president told the United Nations Security Council that “China has been attempting to interfere in our upcoming 2018 election, coming up in November, against my administration.”

Vice President Mike Pence followed up with a speech this month, saying: “There can be no doubt: China is meddling in America’s democracy.”

Pence characterized Beijing’s behavior as “an unprecedented effort to influence American public opinion, the 2018 elections, and the environment leading into the 2020 presidential elections.”

Beijing and Washington are currently locked in an escalating trade conflict, and late last month, U.S. and Chinese warships nearly collided in the South China Sea, where both nations are seeking to assert their regional dominance.

The Department of Homeland Security, Federal Bureau of Investigation, and Office of Director of National Intelligence warned last Friday that nations including China were engaged in “ongoing campaigns” to “undermine confidence” and influence policy and opinion in the U.S.

The administration hasn’t provided evidence to back up the allegations.