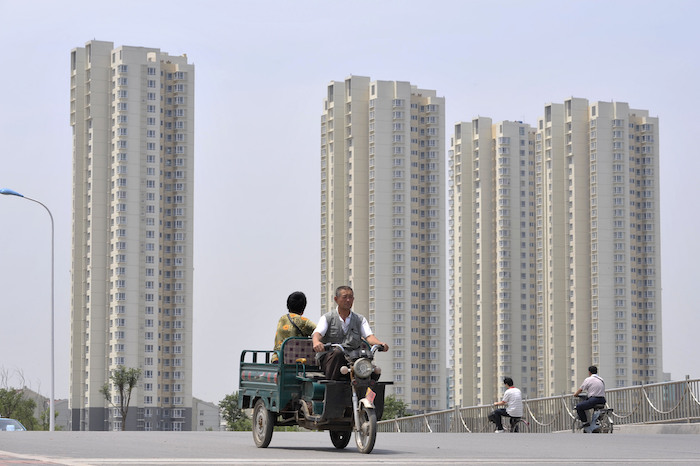 * The Di investigation is linked to the case of Huang Xingguo, the former mayor and acting party chief of Tianjin, sources say

A real estate developer backed by the Tianjin city government faces growing market concerns over its 140 billion yuan ($20.2 billion) debt overhang following investigations that have brought down most of its top management.

Tianjin Real Estate Group, controlled by the local state asset supervision and administration commission, is among state-backed Chinese companies that are scrambling to repay debts this year as the central government pushed to deleverage the economy. In Tianjin, the developer’s crisis also reflects the credit and business environment of the northern port city near Beijing, said a bond market investor.

“The market doesn’t see Tianjin Real Estate as a pure developer,” the investor said. “Instead, it is seen as a sort of local government investment platform.”

Tianjin Real Estate is not the only city government-backed property company to run into difficulties this year in Tianjin as the city’s real estate market cools and as curbs tighten on speculative investment. In May, the city-backed real estate conglomerate Tianjin Municipal Development Co. defaulted on two trust loans worth 500 million yuan.

Adding to uncertainties are recent investigations involving several of the company’s senior executives, including Chairman Di Da. The Tianjin municipal anti-graft watchdog Tuesday said Di, who is also the company’s Communist Party head, has been placed under investigation for suspicion of “seriously violating laws and disciplines,” a phrase that often refers to corruption.

Caixin learned from multiple sources that Di was arrested in mid-August for investigation. His duties in the company have been handed over to Wang Zhenyu, vice director of the city’s state asset supervision and administration commission.

Di, 59, has headed Tianjin Real Estate since the company was created in 2014. Previously, he worked in city government-backed property companies for 20 years.

Sources close to the matter said the Di investigation is linked to the case of Huang Xingguo, the former mayor and acting party chief of Tianjin. Huang was expelled from the party on corruption charges last year and faces prosecution on criminal charges.

Huang had close ties to Tianjin Real Estate when he was in power, a person close to the company said.

Investigators may also look at Di for his responsibility in a substandard housing project, sources said. In April, the city government accused Tianjin Real Estate of poor construction quality and substandard materials in a residential complex.Tianjin Real Estate said it demolished 18 buildings in the complex for rebuilding.

The Tianjin Real Estate debt crisis emerged after media reported in May that the company could default on a 200 million yuan trust product. But the company made the payment just before the deadline.

Tianjin Real Estate is indebted to a number of banks including Bank of Beijing, Bank of China, Citic Bank and China Construction Bank. The company also has borrowed billions of yuan off-balance sheet, the company’s bond documents showed.

Market analysts attributed Tianjin Real Estate’s shrinking capital pool to years of reckless expansion and aggressive land acquisition. Caixin calculated that the company spent more than 100 billion yuan on land parcels in Tianjin and provinces like Guangdong and Jiangsu over the past three years. Tianjin Real Estate often overpaid, according to the bond market investor.

“Those pricey deals led to quick deterioration of the company’s financial situation,” the investor said.