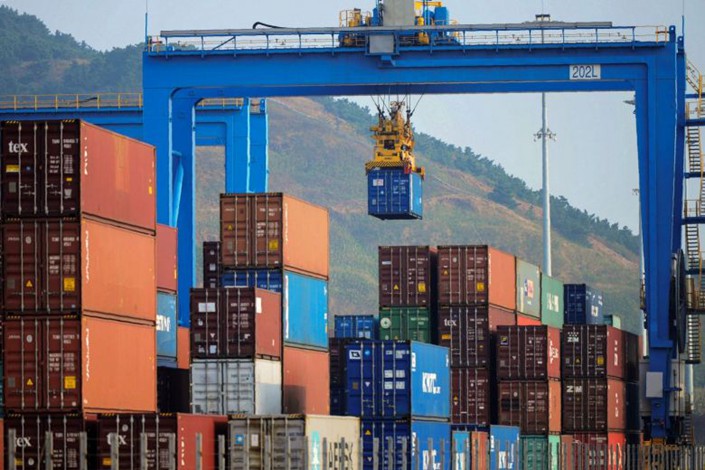 Analysts expect the tit-for-tat tariffs between China and the U.S. will drag on global economic growth. Photo: AFP

(The Straits Times) — China is serious about liberalizing its economy and its pace of doing so has been accelerated by its trade war with the United States, says Chinese economist and government adviser Fan Gang.

“That kind of willingness is genuine … China recognizes that it needs more liberalization to become more competitive in the global market,” said the Peking University professor and president of Shenzhen-based think-tank China Development Institute.

But the pace of reforms has been hampered by what he called “vast interest groups” lobbying Beijing against lifting the protection for local firms that it has maintained for years as a developing country.

“Previously, China’s pressure came from the top. The policymakers put pressure on the localities, on the companies, to push them to change,” he said. Now, “some outside pressure may serve as a good push.”

Fan was speaking to The Straits Times on Tuesday on the sidelines of the Forbes Global CEO Conference in Bangkok.

Analysts expect the trade war to put a drag on global economic growth.

Trump and Chinese President Xi Jinping are expected to meet on the sidelines of the Group of 20 (G-20) summit in Buenos Aires next month.

Trump, while saying he expects to make a “great deal” with China, has warned that he is ready to slap tariffs on even more products if a deal does not transpire.

In the face of the trade war, China should focus on developing its own market rather than retaliation, Fan said.

Asked if he was concerned that companies which export products to the U.S. may relocate from China to third countries, Fan said that was “unavoidable.”

The flip side of this is that companies targeting the Chinese market may be nudged to set up base within China to avoid the tariffs, he added.

Given the complexity of modern supply chain networks, it is too early to say which country will ultimately prevail, he cautioned.