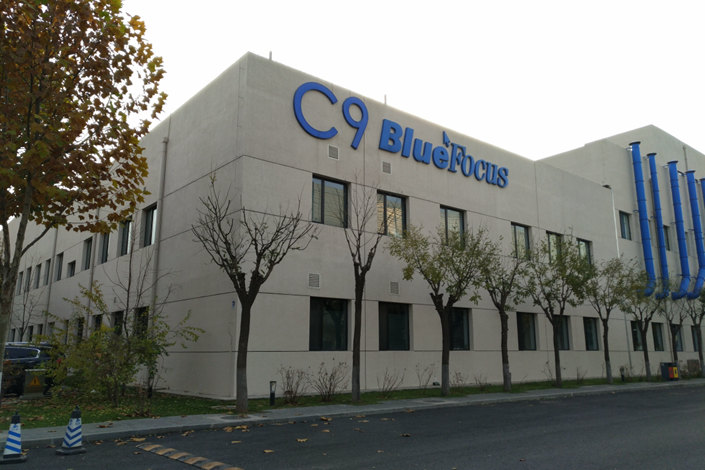 * If successful, the deal could become one of the largest of all time for a Chinese media company

(Beijing) — BlueFocus, China’s largest public relations and marketing firm, said it will buy U.S. peer Eleven Holdings Inc. for up to $80 million, moving ahead with a global expansion despite Washington’s veto of a similar proposed purchase earlier this year.

BlueFocus Intelligent Communications Group Co. Ltd. said its Vision 7 unit would pay $30 million up front for San Francisco-based Eleven Holdings, followed by performance-based payments over the next five years that could add as much as another $50 million to the purchase price, according to a stock exchange announcement on Tuesday.

The deal could become one of the largest of all time for a Chinese media company if it succeeds. Much of China’s outbound investment to date has been concentrated in the resources, manufacturing and technology sectors, driven in part by priorities from Beijing. China’s own sectors for such professional services are highly fragmented, limiting the size of any outbound purchases. But the deal could also face headwinds from an increasingly protective U.S. administration, which killed a similar-sized proposed purchase by BlueFocus earlier this year.

“Eleven and Vision 7 are highly complementary in the North America market, providing complementary services to existing customers and synergies in back-office management, and Eleven has high-quality customer resources to promote growth of the company’s global customer base,” BlueFocus said. “Eleven can also firm up Vision 7’s development strategy for deployment on the U.S. West Coast, a key strategic market. Eleven’s own profit is solid and the acquisition will help further enhance the overall profitability of Vision 7.”

BlueFocus has been relatively active in foreign acquisitions, saying in 2014 that it planned to make $300 million in purchases in the U.S. and Europe. That year it purchased Hong Kong’s Metta Communications Ltd. for HK$178 million ($22.7 million). But last year its global expansion hit a roadblock after it announced a plan to buy 63% of Canadian firm Cogint, which was later renamed Fluent Inc., for $100 million. Following the initial announcement, Fluent said the plan was withdrawn in February due to failure to get approval from the Committee on Foreign Investment in the United States (CFIUS), which reviews all such acquisitions for national security concerns.

Despite that setback, it would be unusual for the U.S. to withhold its approval for the latest deal for Eleven, since that purchase is purely a business transaction, said Lub Bun Chong, a consultant who has worked on similar acquisitions involving Chinese media companies.

“There shouldn’t be any controversies despite the tense political environment,” he said. “It doesn’t bode well for the U.S. if they don’t approve. … In general, if the Chinese agency has a good reputation and good public relations coverage, it might even be positioned as helping the acquired foreign agency to make more inroads into China.”