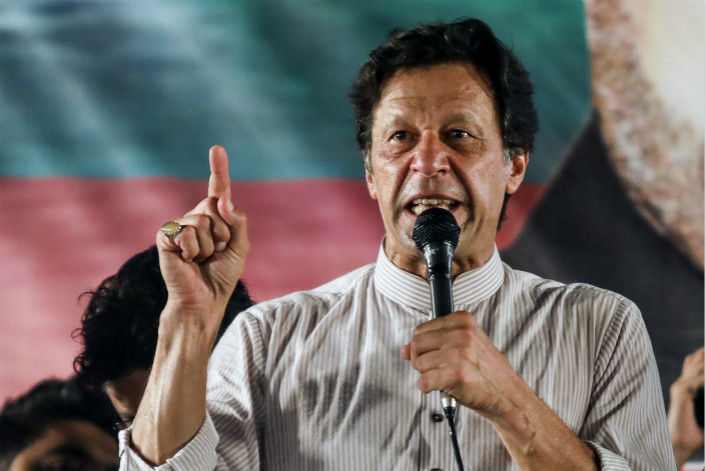 (Bloomberg) — Pakistan’s Prime Minister Imran Khan begins a four-day visit to China on Friday to shore up support for a financial bailout that the South Asian nation desperately needs.

Khan’s first visit to China since taking office in August comes after Pakistan secured a $6 billion support package from Saudi Arabia last month and requested aid from the International Monetary Fund. The South Asian economy needs to plug a shortfall after foreign exchange reserves plunged more than 40% this year, the current account deficit widened and the currency lost a quarter of its value since December.

Finance Minister Asad Umar said this week a bailout was the only option and the government was seeking funds from various sources, including China, to avoid dependence on one country or institution.

Pakistan already has close financial ties with China, having benefited from massive investments in ports and coal plants under China’s Belt & Road Initiative. The South Asian nation imported about $15 billion in goods from China last year, and exported $1.8 billion, according to data compiled by Bloomberg.

“We’re expecting substantial relief,” Noor Ahmed, a spokesman for the Finance Ministry, said by phone from Islamabad. Pakistan will also ask “for some corrections in the trade balance and tariff concessions” from China, he said.

Khan is due to meet President Xi Jinping and attend the China International Import Expo in Shanghai. Yao Jing, China’s ambassador to Pakistan, told reporters in Islamabad on Oct. 27 that Pakistan is expected to receive good news from the visit.

The trip is also a chance for China to bolster its credibility as concerns grow about its influence in some Southeast Asian nations. Malaysian Prime Minister Mahathir Mohamad halted a few Chinese projects after coming to power this year, while Myanmar’s Planning and Finance Minister Soe Win told Nikkei in July that his government would demand that plans for a new port be “slimmed down.”

“Khan’s trip is important for reasons beyond the immediate financing needs,” Uzair Younus, a South Asia director at Washington-based consultancy Albright Stonebridge Group LLC, said by email. The trip “is significant for President Xi Jinping, whose flagship (Belt and Road Initiative) has had hiccups in recent months.”