By Wang Jing and Liu Jiefei 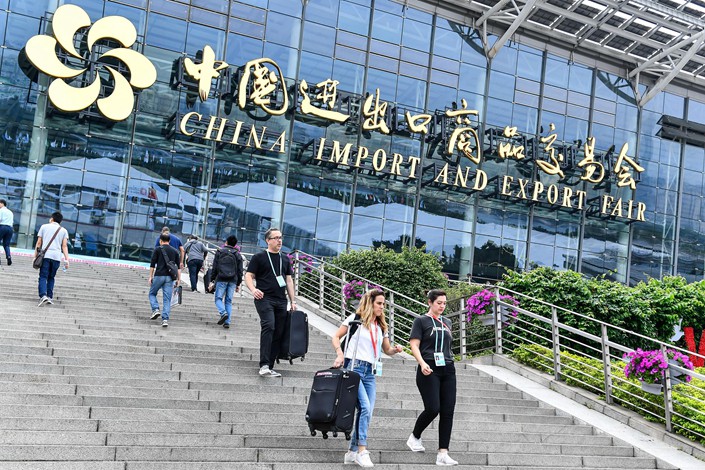 The ongoing trade war between the U.S. and China has seen export orders by U.S. purchasers plummet at Guangzhou’s 51-year-old China Import and Export Fair.

There were a smaller number of buyers from advanced economies generally, but more from developing countries and emerging economies, Xu said.

First held in 1957, the China Import and Export Fair, also known as the Canton Fair, is China’s largest trade event backed by the Ministry of Commerce. Decades ago, the fair played a huge role in China’s export trade — the value of export orders made at the fair contributed 44.5% of the annual value of the country’s exports in 1978. But its importance has declined, with the value of orders made at the fair making up 2.7% of the annual total last year.

China has seen an increasing amount of exports to countries and regions along the Belt and Road Initiative, Liang Ming, researcher at the state-backed Chinese Academy of International Trade and Economic Cooperation, said at the fair on Friday.

Export orders from countries involved in the Belt and Road reached $9.6 billion, 32.3% of the total turnover of the fair, up 2.7% compared with the autumn fair last year, according to a news release (link in Chinese) issued by the fair.

Though the value of the fair is shrinking, the total value of China’s exports and imports in 2018 could reach a record-breaking $4.6 trillion, even $4.7 trillion, with $1.2 trillion being contributed by trade with countries and regions along the Belt and Road, Liang said. However, Liang said he expected growth in the total value of trade to slow in 2019, due to tariffs imposed by the U.S. and what will likely be a high comparison point in 2018.

Chinese President Xi Jinping said earlier Monday morning that China will buy more than $30 trillion of goods from other countries over the next 15 years.

Xi and U.S. President Donald Trump had a phone conversation ahead of their scheduled meeting later this month at the G-20 summit in Argentina. Trump described the call as “long and very good” and having a “heavy emphasis on trade.”