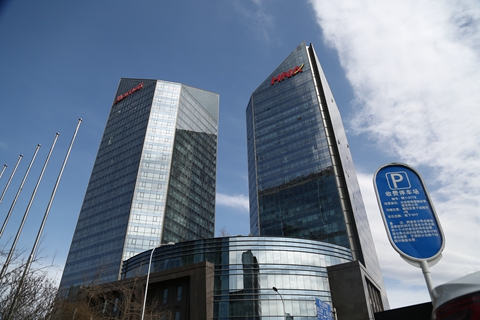 HNA spent $80 billion on overseas assets, much of it borrowed as debt ballooned to $111.5 billion by last year. Photo:VCG

The delayed payments by HNA’s Jubaohui first came to light in January when the parent company officially acknowledged a cash crunch. HNA has since moved to sell billions of yuan of assets.

As of July, Jubaohui had raised a total of 713 million yuan ($103 million) by selling high-yield investment products, according to data from the platform’s website. Payments were overdue for many of those products as of July. The overdue payments reflect the continuing cash shortfall affecting the sprawling airlines-to-hotels conglomerate, which is one of China’s largest private enterprises.

Some investors told Caixin that the platform provided repayment plans to investors after the Chinese National Day holiday in October.

According to the plans, the redemption of most products will be paid out over 18 months, and some may be extended for an additional 10 months. The company promised to increase its monthly redemption rate, meaning that most funds will be repaid in the second half of the 18-month redemption period.

HNA hasn’t responded to a Caixin request for comment. The company hasn’t disclosed where it plans to raise the money for repaying investors. Jubaohui’s customer service confirmed that it communicated with investors about redemption plans for certain products and said the company has stopped selling fixed-income financial products to retail investors.

Jubaohui’s website showed that some investment products are still available on the platform, including online loan investment, creditor’s rights transfer and fund investment.

Most of the overdue products are investments in HNA’s affiliate companies and offer much higher yields compared with similar products.

A 90-day product offering an annualized yield of 11% was for financing projects of Dongguan Royal Lagoon Hotel. A unit of HNA owns a 35% stake in the hotel, and its Chairman Lu Xiaoming serves as director of another unit of HNA.

In recent years, HNA undertook an aggressive global shopping spree and scooped up stakes in financial firms, airports, real estate and other assets. Many of the purchases were funded with debt, putting pressure on HNA’s finances.

Based on public records, Caixin calculated that over the past few years HNA spent $80 billion on overseas assets, much of it borrowed as debt ballooned to $111.5 billion by last year.

But HNA hit the brakes on its ambitious growth in the second quarter of 2017 amid stricter regulatory scrutiny of Chinese companies’ debt-fueled foreign investments.

Over the past year HNA has been shedding global assets, raising cash to pay down some of its debts. In the first half of 2018, it disposed of assets worth about 60 billion yuan, including stakes in Hilton Worldwide Holdings Inc. and NH Hotel Group SA.

HNA expected to sell off about 300 billion yuan of assets this year, the company’s late co-founder and co-chairman Wang Jian told Caixin shortly before he died in an accident in France July 3.

The company has sought to ease capital pressures by borrowing on the bond market. In September, HNA’s flagship carrier Hainan Airlines issued two batches of bonds worth 1.3 billion yuan, and another unit, Bohai Capital Holding Co., sold two bond issues since June. But buyers subscribed for less than 60% of the offerings, reflecting lukewarm investor sentiment.

HNA is also backing out of some investment and asset restructuring plans. In September, a unit of HNA dropped a closely watched plan to acquire Chinese e-commerce company Dangdang Inc. for 7.5 billion yuan.