China Looks Deep Beneath the Sea to Satisfy Mining Needs 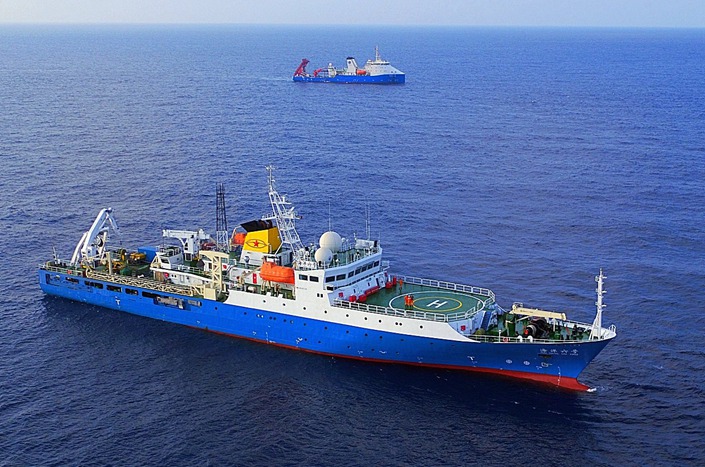 China’s quest for the scarce metals needed to build its burgeoning electric vehicle industry has taken its miners to many remote places, not only on land but also in the darkest depths of the ocean.

Some 1 kilometer (0.62 miles) to 6 kilometers below the waves in some places lie vast concentrations of metals such as copper, nickel and manganese, often in potato-like clusters called polymetallic nodules, that can contain around 30 scarce metal elements combined together. Such riches are drawing in mining companies, which hope diving and technological advances will make these most remote of locations more accessible. But efforts to tap these resources are also raising concerns about potential environmental impacts that have yet to be fully understood.

Some of the world’s most far-flung resources are beyond the economic means of most private Western firms due to the huge costs involved. By comparison, less profit-focused Chinese government-backed efforts are among the forerunners in such exploration. One of those recently saw a deep-sea exploration vessel return from a 138-day journey to the western Pacific, where it found 30 potential sites that may contain ocean crusts rich in cobalt, a key component for new-energy car batteries, the official Xinhua News Agency reported on Sunday (link in Chinese).

Along with finding multiple sites, the vessel collected 30 centimeter (1 foot) thick samples that contained significant levels of cobalt, said Yang Shengxiong, chief engineer at the Guangzhou Marine Geological Survey. These are the thickest ocean cobalt crusts that China has found in 21 years of exploration, according to the Xinhua report.

Beijing has provided substantial funding to ensure China’s place at the forefront of the rapidly developing new-energy vehicle industry, with manufacturers receiving $58.3 billion in related subsidies to produce such vehicles, according to the Center for Strategic & International Studies think tank.

Metals commonly used in the batteries that power those cars include cobalt, as well as nickel and lithium. China has also been active in developing mines or taking stakes in miners of such minerals, from lithium mines in Chile, to niobium in Brazil, and cobalt projects in the Congo, which produces around 60% of the world’s cobalt ore.

At the same time, Beijing is also pushing to develop mines under the ocean, albeit on a smaller scale, analysts say. The government made “accelerating and exploring the development” of ocean mining one of the goals in its arch-strategy document, its last 13th Five-Year Plan that runs from 2016 to 2020.

State-owned enterprises have been part of the push, with Fujian Mawei Shipbuilding, which built the Qing dynasty’s first warships in the 19th century, developing an $18 million dredging vessel with Canadian company Nautilus Metals for a mining project off the coast of Papua New Guinea planned to launch next year. Last year China Minmetals Corp. signed an agreement with the U.N. International Seabed Authority (ISA), the organization charged with managing ocean mining’s development, to explore the mining potential of a 73,000 square kilometer (28,185 square miles) tract of the Pacific Ocean called the Clarion-Clipperton Fracture Zone.

Yet with around half of the richest seafloor deposits thought to lie beyond the jurisdiction of any one country in the deepest oceans, there are immense challenges in monitoring the potential impact of such projects, said Duncan Currie, an environmental lawyer and advisor to environmental umbrella group the Deep Sea Conservation Coalition. The ISA has already signed 29 contracts with companies and state agencies for deep mining exploration, but barely understands the potential environmental impact of such projects, he said.

“A major issue is gathering the baseline data for what effects such projects could have, and this has not yet happened,” he said. “It’s very expensive to undertake deep sea research, and the single biggest concern is that deep sea mining would destroy sea life before we have even begun to understand it. And there are monitoring challenges — the contracting (mining companies) will likely be the only ones able to monitor their own actions so big questions arise.”

A senior engineer involved in one of China’s submarine research efforts largely concurred when speaking to Caixin earlier this year. Many of the mineral rich “manganese nodules” that mining companies are eying are vital nutrient sources for microorganisms that scientists barely understand. “When microbes are abundant, these macro-shrimps have food sources,” he explained. But “when you mine manganese nodules, the food chain is broken, and the consequences are more serious.”

Questions also remain over the commercial viability of deep sea mining, despite the abundant mineral reserves. An influential study by the University of Sydney’s Institute for Sustainable Futures found that on-land reserves of metals should be more than enough to satisfy renewable energy demand up until 2050, and should remain more economical to mine.

Industry experts mostly agree. While Beijing is “actively exploring” potential new metallurgical supplies, there “is a long way to go” before deep sea mining would be likely to occur on a big scale, said Li Hongmei, the head of content at market intelligence platform Mysteel Global. “With Beijing increasingly conscious of ecology and environment, it will not be rushing into any decisions and such projects will involve serious and heavy investments, so any potential investors will be doing the full due diligence before proceeding with any serious development,” she added.

Mining is not the only area where China has attempted to take the lead with underwater projects that may be deemed unfeasible elsewhere. It is also exploring the potential of extracting “combustible ice” — water-based crystals containing methane gas the government claims could trigger an energy revolution if used, yet still very far away from realization.

Yet concerns remain that deep sea mining will continue to attract interest and will occur before its impact is properly understood. “With cobalt crust mining, you’re effectively cutting the crust off the sea mount, destroying any biodiversity,” said Currie. “Mining also creates large sediment plumes and do we have enough information about effects of this across the ocean system? The answer is no, there’s still plenty of minerals out there,” he said.