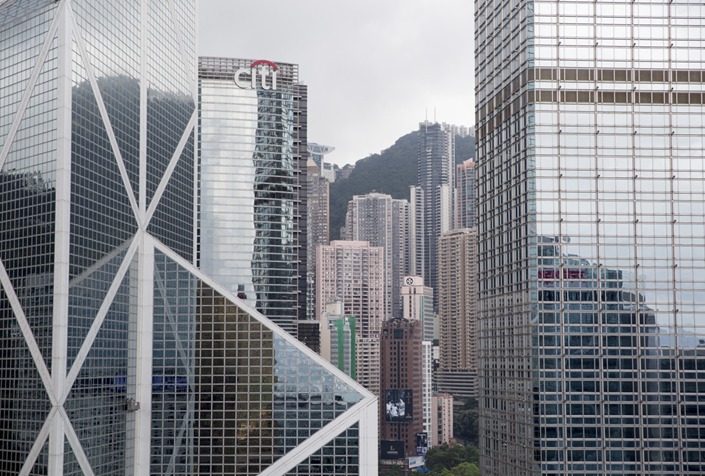 The Bank of China Tower

(Bloomberg) — Citigroup Inc. may seek to exit its securities joint venture in China in favor of a setup where the U.S. bank can wield majority control, according to people familiar with the matter.

Talks with existing JV partner Orient Securities Co. about Citigroup raising its stake to 51% from 33% haven’t led anywhere, leading executives to start weighing other options, the people said. Citigroup also wants the JV to push into equities and fixed-income trading, a move that would put it in direct competition with Orient Securities, they said.

Foreign firms can only enter China’s securities market by setting up joint ventures with local partners, a restriction that exists in several industries. With the government now allowing them to take majority ownership, some, like Citigroup, have been hamstrung by partners’ reluctance to sell. Others, including UBS Group AG, have already sought regulatory approval to boost their holdings to 51%.

The U.S. bank’s desire to find a new partner stems from wanting majority ownership of Citi Orient Securities Co., rather than from any disagreements with Orient Securities, the people said. The two partners are still in discussions and Citigroup hasn’t made a final decision, according to the people, who asked not to be named because the talks are private.

“Citi is making strong progress organically in China and we are committed to further growth and are pursuing multiple engines of growth including with a local market JV,” the bank said in an emailed statement, without elaborating. Orient Securities declined to comment.

Running a JV together with a local securities firm presents issues because in some cases, the venture ends up competing with the partner. Citigroup could get around that problem by establishing an entity together with companies that aren’t in the securities business.

Citigroup generates just over $1 billion of revenue a year from its China-based clients, one of the people said.

Citigroup was a late entrant into China’s securities market after trying for years to find a local partner. It opened its JV 2012, the year the Chinese government allowed foreign players to boost their stakes to 49%. Lately, the firm has focused on building the rest of its onshore operations, securing several licenses for its fixed-income business that’s separate from the JV.

Authorities last year announced that they would let overseas partners take majority stakes, and Nomura Holdings Inc. and JPMorgan have applied for permission to do so, along with UBS, according to regulatory filings. Morgan Stanley has said it’s in talks to take a 51% stake in its local venture but has yet to file a formal application.

How Beijing decides to award the first approvals to take 51% stakes will shed light on the extent to which U.S. President Donald Trump’s trade war with China has hurt the prospects of U.S. firms. While China’s market has short-term challenges, there’s nevertheless a vast opportunity in a nation of 1.4 billion people with an economy growing at a more than 6% annual pace.

Citi Orient ranks 12th this year in underwriting equity offerings in China, behind Goldman Sachs Group Inc.’s local entity but ahead of those backed by UBS and Deutsche Bank AG, data compiled by Bloomberg show.