Baidu Invests in Elevator-Ad Firm to Lift Its Offline Business 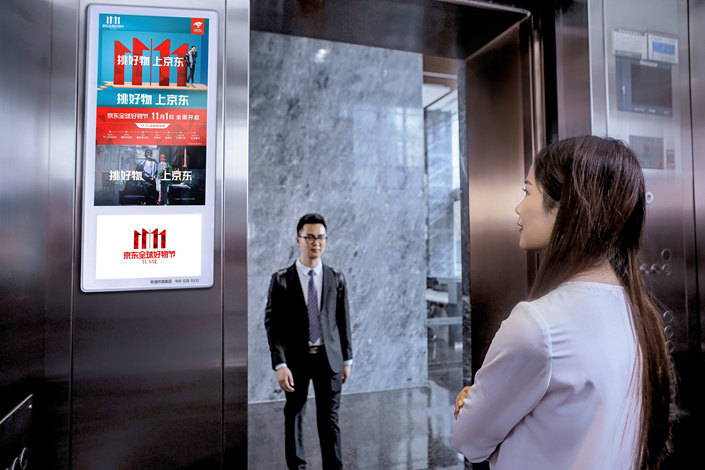 Baidu Inc. is leading a group that is investing 2.1 billion yuan ($302 million) in Xinchao Media Group, a company that places advertisements in elevators, as the internet search giant seeks to expand its offline-ad business.

Baidu made the announcement on Wednesday, but didn’t say how much the company itself will invest and didn’t name the other investors. The partnership will see Baidu use its big-data advantages to create “synergy” through which the two companies can share customers, Baidu said.

Founded in 2007, Chengdu-based Xinchao operates in more than 100 Chinese cities, including Beijing and Shanghai.

This is Baidu’s latest effort to expand its ads business — its main source of revenue — from online search to offline, despite its “all-in artificial intelligence” strategy, which includes a big bet on autonomous vehicles.

China’s largest search engine, which is still struggling to recover from a major health care ad scandal two years ago, has also seen its online ads business face increasing competition from challengers such as news-aggregator Toutiao and microblogging site Weibo.

The new funding round raises the total money raised by Xinchao to 6 billion yuan and gives it a valuation of over $2 billion. Company CEO Zhang Jixue has said it aims to have annual revenue of 4 billion to 5 billion yuan by the end of 2019, up from this year’s 1.5 billion yuan target.

This target puts Xinchao well behind sector leader Focus Media, which reported revenue of 3.8 billion yuan for the third quarter of this year alone. Xinchao said it has run ads in 700,000 elevators, compared with 2 million for the Shanghai-based Focus Media.

The Baidu-Xinchao tie-up follows a similar deal between Focus Media and Alibaba Group Holding Ltd. in July, when the e-commerce giant said it would pay $1.43 billion for a 6.62% share in Focus Media.