U.S. Congress Warns of Threat Posed by China’s Drive to Get Ahead in 5G 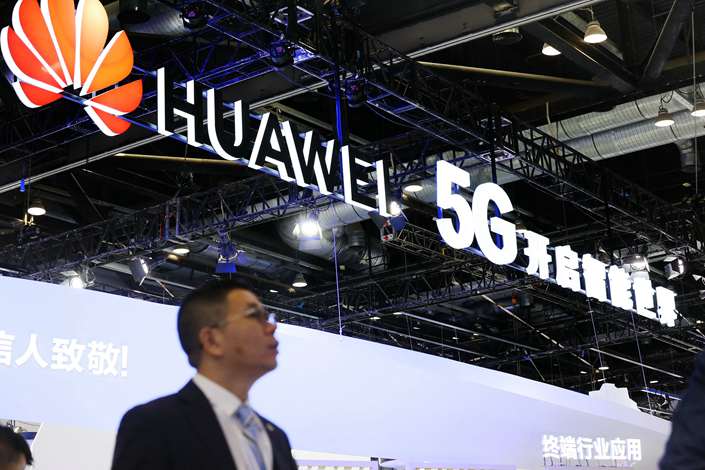 (Beijing) — An annual U.S. congressional report warned of the “threats” posed by China’s drive to get ahead in 5G mobile network technology, saying that the Chinese government may conduct sabotage and espionage using the networks.

The report was issued on Thursday by the U.S.-China Economic and Security Review Commission, mandated by Congress to assess annually the “national security implications” of the two nations’ economic relationship. The commission was set up in 2001 after China’s entry into the World Trade Organization.

The report covered a wide range of topics, such as agriculture, the military, and the Belt and Road Initiative, as well as Beijing’s relations with Hong Kong, Taiwan and North Korea, among others.

In the chapter on “China’s High-Tech Development,” the report highlighted the impact of China’s pursuance of 5G technology, and the “threats” posed by companies leading the charge, including Huawei Technologies Co. Ltd., ZTE Corp., and China Mobile.

The report said China’s central role in manufacturing global information technology may offer the country’s government the opportunities to force Chinese suppliers and manufacturers to “modify products to perform below expectations or fail, facilitate state or corporate espionage, or otherwise compromise the confidentiality, integrity, or availability of” internet-connected devices or 5G network equipment.

The state-directed approach “limits market opportunities for foreign firms in China and raises concerns about the ability of U.S. and other foreign firms to compete fairly both in China’s domestic market and abroad,” it said.

China has been racing to develop 5G technology after it trailed its foreign counterparts in setting wireless standards for the current 4G system. The country intends to start testing commercial-quality 5G services next year and could roll out national commercial networks in 2020.

The commission’s comments came after the Cellular Telecommunications and Internet Association, which represents the wireless communications industry in the U.S., warned in June that China and South Korea are already catching up with the U.S. in 5G, and that America needs to speed up its 5G introduction if it does not want to fall a year or two behind China.

Generally speaking, international 5G standards will be set by 2019, with large-scale commercial deployment expected by 2020. 5G networks are expected to quicken data speeds by 100 times, support up to 100 times more internet-connected devices, and provide near-instant universal coverage and availability, according to the congressional report.

U.S. and Chinese companies are engaged in a “fierce competition to secure first mover advantage and benefit from the trillions (of dollars) in economic benefits 5G and subsequent technologies are expected to create,” it added.

The report also suggested that authorities identify actions they can take to counter threats posed by equipment and services designed or manufactured in China.

Chinese information technology analyst Liu Xingliang said because the U.S. has always been at the forefront of the introduction of new generation networks, it now fears that it could lose its leadership. There is no way to stop China from leading the pack as it is set to commercialize 5G within two years, he told Sputnik, a Moscow-based news agency.