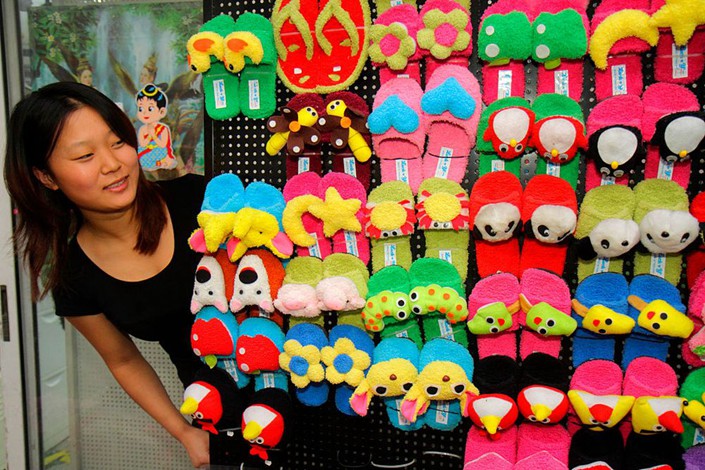 (Bloomberg) — China’s vaunted economic managers aren’t infallible — and they’re currently making a familiar mistake. They are trying to accomplish too many objectives simultaneously, many of which conflict with each other. Instead of engineering a recovery, the resulting confused policy mix is only feeding a growing feeling of uncertainty among Chinese markets, businesses and households. That will continue to depress growth in China — and the global economy — in 2019.

To be sure, Chinese leaders deserve some credit for their restraint. Despite credit growth that’s plumbing all-times lows, an economy growing at the slowest pace since 2009, and the intensifying trade war, they’ve resisted the kind of large-scale stimulus they launched in response to the global financial crisis. The central bank has increased liquidity injections and slashed reserve requirements at banks. The Ministry of Finance has cut taxes and stepped up fiscal support, with 2.4 trillion yuan ($345.88 billion) worth of local government bonds having been issued between July and September, double the amount in the previous quarter. But that’s pretty much the extent of their pump-priming.

Instead, policymakers are looking for more targeted ways to improve the overall business environment and channel funds to the neediest companies — especially private enterprises and small businesses. Over the past month, every single top economic official has outlined new measures to channel financing to such entities. The group leading this effort is the Financial Stability and Development Committee, which recently went so far as to dispatch inspection teams from Beijing to seven different provinces to ensure that the latest policies are being carried out.

The problem is that these efforts are at odds with policies the government promoted throughout 2017 and the first half of this year. At that time, central authorities were intently focused on addressing risks in the financial system by reining in speculative interbank borrowing, off-balance-sheet lending and sketchy wealth management products. Those efforts were more successful than many analysts realize: China’s interbank assets the nexus of risky lending in China — contracted by over 3 trillion yuan in 2017. That represents the first contraction in interbank assets since 2010, when the government’s massive stimulus program led to the country’s current debt challenges.

Because Chinese regulators are loath to backtrack on the progress they’ve made in de-risking the financial system, they’re instructing banks to continue improving risk management and balance sheet control, even as they push out an increasing portion of their loans to small businesses. The latter carry higher credit risk, almost by definition.

During the recent inspection tours, one of China’s deputy central bank governors, Pan Gongsheng, specifically exhorted 30 small, city-level banks to do more to aid the private sector, since such banks have a history servicing those types of customers. The city-level banks are having difficulty fulfilling that mandate, though, precisely because they rely heavily on financing from the shrinking interbank market rather than household deposits. However sincere the government’s desire to help small business, support thus far has been anemic.

The central bank’s current description of monetary policy, updated earlier this month, seems to encapsulate the confusion. Authorities describe policy, without irony, as “neutral, moderately tight, and moderately loose … [with a] well-controlled money supply.” The People’s Bank of China (PBOC) also acknowledges how many fires it’s trying to fight when it says that “a comprehensive balance should be [established] within these multiple objectives” and promises to make “timely and dynamic adjustments and fine-tuning … according to the changing situation.”

Such formulations make the PBOC’s already inscrutable statements borderline incomprehensible. They also point to why China’s monetary policy transmission mechanism has become largely ineffective, as increased liquidity support has failed to stop the now 15-month-long deceleration in the pace of credit growth. Banks simply don’t know how to react to policy right now. Many are concerned that if they increase exposure to small businesses, as they’re being instructed to do, they’ll be punished later for having taken excessive risk.

To state the obvious, managing a transforming economy comprised of over a billion people isn’t easy. But policy tends to work best in China when there’s one clear, overarching priority. That’s exactly why regulators were so successful in their initial efforts to de-risk the banking system last year. Back then, after President Xi Jinping stated at an April 2017 Politburo study session that financial risk had become a national security risk, each economic or financial agency and official knew to put their energies squarely into reducing those risks.

Now, though, banks are being told to de-risk while supporting risky companies. Local governments are being asked to crank up local infrastructure projects while hardening budget constraints. Investment authorities are told the economy should simultaneously be more self-reliant and more open to foreign businesses.

It all adds up to an almost palpable sense of policy incoherence. As long as that lack of clarity exists, none of the government’s competing goals are likely to be achieved, and China’s economic slowdown will continue to deepen.

Andrew Polk is a founding partner of Trivium/China, a Beijing-based research firm. He was formerly director of China research at Medley Global Advisors and chief economist at the Conference Board’s China Center.