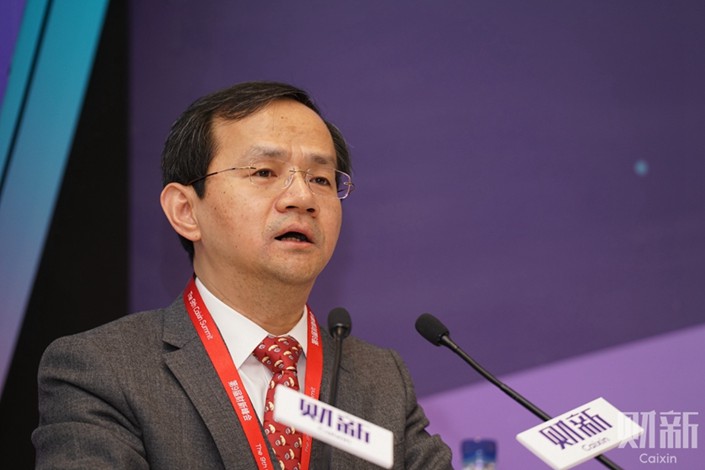 The high-tech industry in Beijing faces systematic financial risks because many private companies and their major shareholders, who previously pledged shares as loan collateral, have seen the prospect of losing control of their companies.

“There are more than 300 listed companies in Beijing, and over half of them are private companies. Most of the private companies have engaged in this kind of financing,” said Yin Yong, who was deputy governor of the country’s central bank before being appointed Beijing’s deputy mayor in January.

The local government has primarily adopted the approach of establishing bailout funds for the troubled companies, Yin said, adding that funds focus more on financial investments than on strategic takeovers of the companies.

“These funds are managed by professional third-party institutions, so we can ensure that the funds are operated purely from a market perspective without interference from the government,” Yin said. “The government does not interfere with the daily operations or the management of these enterprises.”

The government also has plans to exit. “We’re not taking over. We’ve set clear standards for exit,” Yin said. The cost of such funds will increase gradually, so the companies will have a disincentive to rely too heavily on bailouts and an incentive to seek other forms of financing.

Listed private companies and their large shareholders have been a major source of volatility in China’s stock market this year. The government’s crackdown on “shadow banking” and heightened regulatory scrutiny of the financial sector has led to a liquidity crunch, which has left cash-strapped businesses and their owners struggling to get money and refinance their debts.

With alternative funding channels drying up, many major shareholders pledged a large portion of their holdings as collateral for loans. As the share prices fell amid the bear stock market, they had to hand over more shares or cash to lenders as additional collateral. Many faced the prospect of losing control of their firms, and some sold their stakes to the state sector, including local government bodies, to raise funds.

In addition to Beijing, several other local governments have also rolled out bailout plans. A government investment arm in Shenzhen, for example, has sold bonds to raise funds to assist listed companies there.