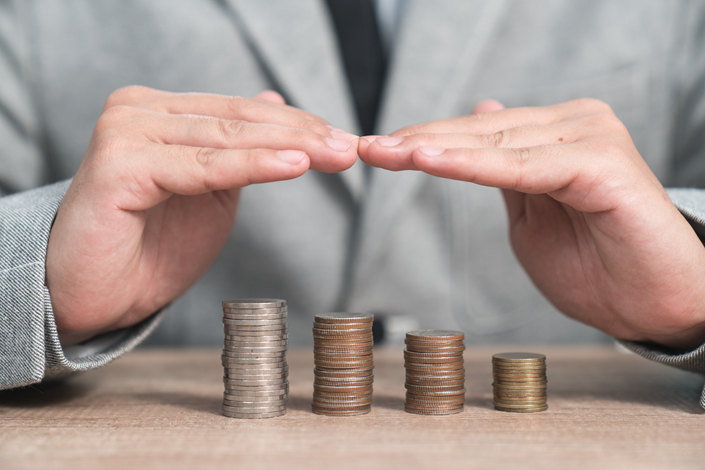 China has had one of the world’s worst performing stock markets this year. Photo: VCG

China’s insurers have answered the government’s call to join the bailout of listed companies mired in the country’s ongoing pledged-share crisis by planning to raise 68 billion yuan ($9.8 billion).

The participation of Chinese insurers could potentially bring the industry’s trillions of dollars in assets to bear on a problem that has helped make China one of the world’s worst performing stock markets this year, despite efforts by the central bank, brokerages and local governments to shore up financially struggling listed companies.

Over the last two weeks, four Chinese insurers have rolled out investment products to raise funds to support cash-strapped listed companies. The launch of these products followed a regulatory notice (link in Chinese) issued last month that encouraged insurers to invest in “quality” private companies to help ease liquidity risks.

In its notice, the China Banking and Insurance Regulatory Commission (CBIRC) encouraged insurance firms to buy the stocks and bonds of publicly listed companies, as well as convertible bonds offered in private placements.

“By providing these special products, insurers can financially support quality listed companies and their shareholders on a long-term basis,” the CBIRC said. “This can help resolve the liquidity risks faced by listed firms that have pledged shares for loans, and can help maintain a stable financial market.”

China’s insurance industry held 15.12 trillion yuan in assets at the end of 2016, according to law firm Winston & Strawn. Encouraging Chinese insurers to buy the securities of listed companies is in line with President Xi Jinping’s recent call to support the private sector amid the pledged shares crisis.

Listed private companies and their large shareholders have been a major source of volatility in China’s stock market this year. The government’s crackdown on shadow banking and heightened regulatory scrutiny of the financial sector has led to a liquidity crunch that’s left cash-strapped businesses and their owners struggling to get money and refinance their debts.

With alternative funding channels drying up, many major shareholders pledged a large portion of their holdings as collateral for loans. As the stock market slid, they had to hand over more shares or cash to compensate lenders for falling prices. Many faced the prospect of losing control of their firms and some sold their stakes to the state sector, including local government bodies, to raise funds.

In a bid to bring the financial market back on track, the central bank, local governments and brokerages have been providing support to bail out the struggling companies.

The central bank has unveiled a new funding tool to provide temporary support for companies in need of cash. Yi Gang, the governor of the People’s Bank of China (PBOC), said earlier this month that the central bank has been planning to provide funds for a “private company equity financing support tool,” which will form part of a “three-pronged policy portfolio” to broaden the availability of financing for private firms.

Also, the PBOC said last month that it would offer cash for a plan to help private firms sell bonds. Caixin has learned that as part of the program, the PBOC will provide 10 billion yuan to state-owned China Bond Insurance Co. Ltd. to enhance its ability to provide insurance products for debt issued by private companies.

Brokerages have also come up with plans to invest a combined 21 billion yuan in a collective asset-management program to help listed companies ease liquidity crunches amid the recent market rout. Eleven brokerages have agreed to contribute to the program in its initial stage.