U.S. Accuses China of Failing to Alter Trade Practices Ahead of Leaders’ Meeting 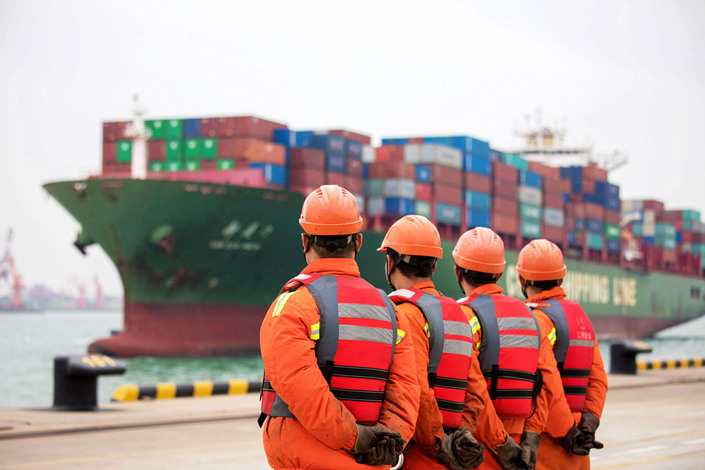 * Accusations made in latest update to the Office of the U.S. Trade Representative’s March report on China’s trade practices

* Ongoing Sino-U.S. trade tensions since March report have increased uncertainty about both China’s and the wider world’s economic growth in 2019

(Beijing) — Just over a week before the leaders of China and the U.S. meet at the G-20 summit, the White House has accused Beijing of continuing to support forced technology transfers, corporate espionage and cybercrime — key points of contention in the ongoing trade war.

The accusations were made in the latest update to the Office of the U.S. Trade Representative’s (USTR’s) March report on China’s trade practices, which precipitated the trade war between the world’s two largest economies.

The direct negative impact on the Chinese economy has so far been limited, with exports continuing to rise in October and shipments to the U.S. jumping 13%. However experts attributed this increase to cross-border businesses making orders sooner to avoid the 25% tariffs, and said that the current strength of exports could not last.

The ongoing trade tensions have increased uncertainty about both China’s and the wider world’s economic growth in 2019. The proposed 25% tariffs would drag China’s gross domestic product down 0.8 percentage points, and uncertainties related to the trade war will have a long-term impact on business investment decisions and global supply chains, investment bank UBS said in a recent report.

Despite several rounds of talks, there has been little progress in resolving tensions.

The New York Times reported on Friday that China recently gave the Trump administration a list of about 140 business concessions it is willing to make. Although Trump described the list as “pretty complete,” he said the list still failed to include “four or five” large items that need to be resolved.

“Given the apparently wide gap between the two countries’ ‘bid-ask,’ it still seems unlikely that a comprehensive agreement can be ironed out any time soon, if at all,” said a Goldman Sachs report on Friday. “As a baseline we expect the trade tension to stay or possibly even escalate in 2019, although with the probability of a ‘deal’ increasing over time,” the report said.