Letter: China and the Philippines Can Both Profit From Agreement on South China Sea 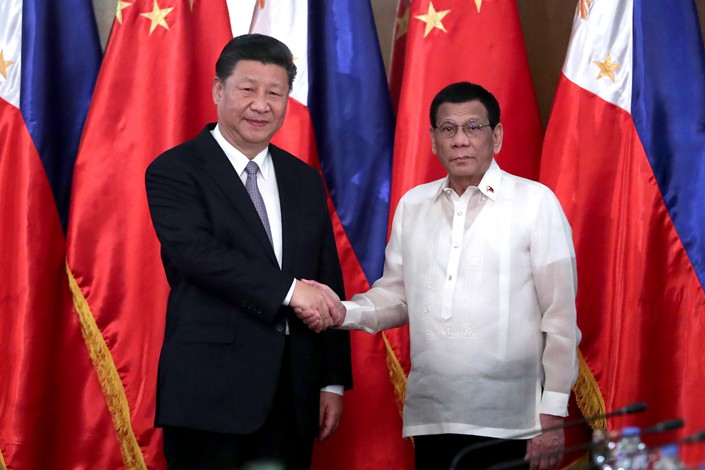 For years the Philippines have been one of the fiercest adversaries in the battle for control of the South China Sea. While China has made the claim that the tiny islands in the area were mapped by Chinese cartographers centuries ago, thus laying claim on them, the Philippines have used geographical proximity as a main argument, although in the Spanish-American treaty handing over the colony of the Philippines, these islands were not included, weakening the position of the Philippine argument. However, backed by its close ally, the U.S., which entertains substantial military bases on the island nation, the Philippines took the debate to an international court in Europe, which ruled the Spratly Islands, which China calls the Nansha Islands, were in fact not islands and thus couldn’t constitute a territorial claim for China. This placed the Philippine government in the awkward position of having judicial support of the West opposed to the economic and military power of China, which refuses to let Europeans debate the scope of its territory again.

Having earned my MBA in the Philippines and traveled extensively to various regions, I have a very personal relationship with this beautiful and diverse tropical country. While living in China, I also have a close affection for China. So I see with great joy that a solution at the negotiation table is drawing closer. As I have always suspected, the interests in the South China Sea for the two countries, although overlapping, are actually different in nature: China has since its inception as “New China” — and even before during the period known as the “Chinese Republic” under Sun Yat-sen — has always claimed the whole of the South China Sea, based on claims going back at least to the feudalist times of the Qing Dynasty (1636-1912). To give up this territorial claim, especially upon pressure from Western former colonialists, would wake deeply buried grief and anger from the time when Western powers by force of pure military strength took swaths of Chinese territory away and managed the areas as colonies. The French Concession of Shanghai, the German remains in Qingdao (Tsingtao) and of course the only recently returned colonies of Hong Kong and Macao all tell stories of this “period of shame” for the proud nation of Chinese peoples.

The Philippines have their own history with colonization, having suffered 300 years under the cruel yoke of the Spanish, and even more under the cultural oppression by the Catholic Church. However, after the Spanish-American war the Philippines were handed over as reparations to the U.S. at a time when the U.S. could be seen as idealistic rather than power hungry. The U.S. promised to only hold the Philippines for a limited time and then let them have independence. During this period, the U.S. did invest a lot in the education of the country, and somewhat in economic development. The people could see tangible improvements of their lives, and thus didn’t hold that much of a grudge against their second colonizers— with the exception of the Muslim south, which never succumbed to the Spanish attempts of colonization or to the U.S. attempts of westernizing the Philippines. With this background in mind, it is easy to understand that the Philippines were always a willing pawn in the great chess game of the U.S. trying to contain China.

I think the breakthrough in negotiations is to acknowledge that the Philippine interest is mainly of economic nature, while the Chinese interest is mainly about pride. Let China ensure the safety of the area; let China control who enters the area when and where; and let the Philippine fishermen get unlimited access rights for subsistence fishing and ensure that Philippine interests are considered when fishing quotas are decided in the South China Sea. Additionally, let the Philippines exploit some of the oil and gas in its proximity, ideally with Chinese technical assistance. With that, everyone should be happy — everyone can be happy. For China, an end to this long-running conflict would be a major success in the much bigger game of the U.S. trying to contain China.

I think the independent mind of current Philippine President Rodrigo Duterte and the cool-headed approach of the Chinese president Xi Jinping provide these two countries with a great opportunity to reach an agreement with vast benefits for both sides.