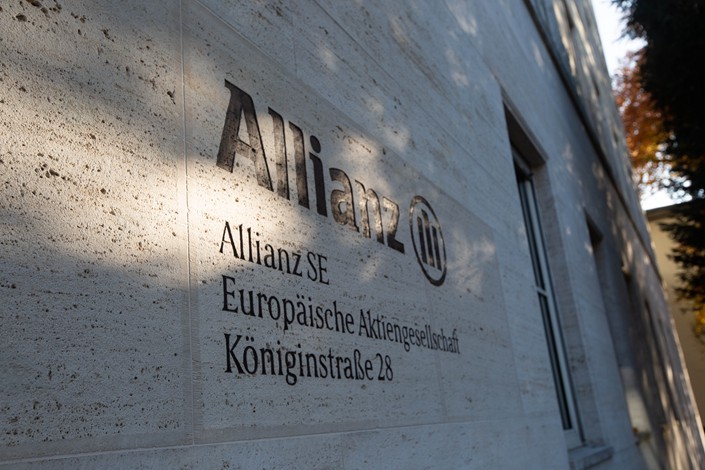 The Munich, Germany, headquarters of Allianz SE is seen on Nov. 10. Photo: IC

(Beijing) — German insurer Allianz Group will be allowed to start China’s first wholly foreign-owned insurance holding company in Shanghai next year, suggesting regulators could deliver more quickly than expected on their promise to open up the country’s financial services sector.

The decision was published on the website of China’s Banking and Insurance Regulatory Commission (CBIRC) on Sunday, and Allianz welcomed the decision in a statement on its Chinese website soon after. The German insurer said the holding company will be “strongly capitalized,” and will enhance “strategic and financial flexibility to capture business opportunities” in the China market.

The banking and insurance regulator said it will “steadily expand” the opening-up of China’s financial sector while also strengthening supervision and risk prevention.

China pledged a year ago to raise the cap on foreign ownership of insurance companies to 51% over three years from the current 50% and to remove the cap entirely within five years, as part of an initiative to open up the nation’s domestically dominated financial services sector. But the decision to allow Allianz to go solo in China now suggests regulators are moving more quickly than expected.

Since 1999, Allianz has been operated in China through a joint venture with Citic Trust Co. Ltd., a trust arm of state-backed conglomerate Citic Group. Allianz already has a controlling stake of 51%, and Citic Trust holds the remainder. Allianz now has about 2,000 employees and affiliates in China, and mainly offers life insurance products through the entity. Since 2003, the Munich-based insurance giant has had another China entity in Guangzhou focusing on property insurance and casualty insurance.

In a statement on Sunday, Allianz CEO Oliver Bäte didn’t mention how setting up a holding company might affect the shareholding structure of the existing joint venture, but said the approval was a “significant milestone” for Allianz. He said he expects the holding company, Allianz (China) Insurance Holding Co., to be established in 2019.

The existing joint venture between Allianz and China Trust recorded a total premium of 4.1 billion yuan ($590 million) for the first nine months of 2018, representing a 2.3% market share of foreign insurance companies in China, the CBIRC said.