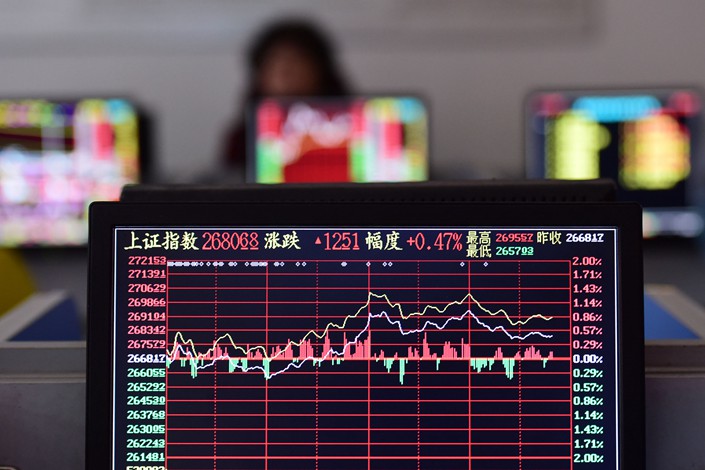 * Any listed company that wants to sell repurchased shares in the open market can launch a buyback program for the reason of attempting to stabilize share prices, according to the rules

(Beijing) — You can buy back your company’s shares to stabilize its stock price and then sell them back six months later.

That’s basically what China’s regulators told listed companies to do. The Shanghai and Shenzhen stock exchanges released draft rules (link in Chinese) on Friday that said listed companies have to wait more than six months to resell stock that they had initially bought back to stabilize their share prices.

The draft rules, which are open for public comment until Friday, will broaden the ways that companies can deal with repurchased shares. But the draft rules have also sparked concerns that such a short lockup period will make it easier for company insiders to manipulate stock prices.

The draft rules follow an October revision (link in Chinese) to the Company Law that expanded the circumstances under which share buybacks are allowed, including one that gives listed companies the go-ahead to repurchase shares to safeguard market capitalization and protect shareholders’ interests. The change was seen as yet another government move to buoy the bear market.

Any company whose share price has fallen below its book value per share or dropped 30% within 20 consecutive trading days is allowed to buy back its stocks, according to the guidelines jointly released in early November by the China Securities Regulatory Commission and other authorities.

Generally speaking, buying back stock signals a company believes that its share price is too low. Buybacks can boost investors’ confidence in the outlook of a company’s share price. They also can have the benefit of pushing up company stock prices because fewer shares on the market means higher profits per share.

According to the exchanges’ draft rules, listed companies who launched buybacks for the reason of stabilizing share prices will be allowed to sell repurchased stock through centralized bidding in the open market six months after they completed buyback plans. That means any listed company that wants to sell repurchased shares in the open market can launch a buyback program for the reason of attempting to stabilize share prices.

The market’s biggest concern is that the stock-buyback policy will end up becoming a tool for listed companies to manipulate their share prices, said Ye Dongyan, a research scholar at the Cheung Kong Graduate School of Business, and Ouyang Hui, a chair professor at the school, in a Caixin opinion column (link in Chinese).

For example, company insiders could reduce their own holdings after the buybacks boost the company’s share price, or they could buy more shares after the sale of the repurchased shares drove down the price, the academics said. They suggested that regulators scrutinize stock trades by company insiders.

In addition, the draft rules would allow listed companies to raise money from the issuance of preferred shares or bonds, or borrow money from financial institutions to fund their buybacks.

One downside to share buybacks is that they can consume a company’s cash reserves. And that downside worsens if a company buys back shares with borrowed money, which raises its debt payments, reduces its credit rating and increases its risk of falling into financial distress, Ye and Ouyang said.