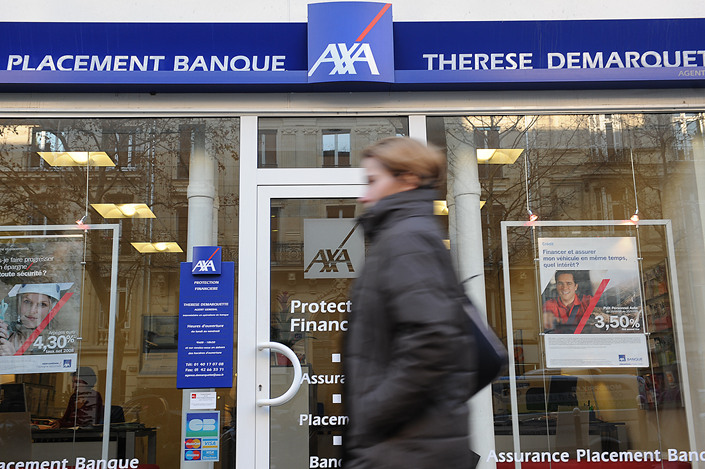 The deal, which will cost 4.6 billion yuan ($662 million), will make AXA the first foreign insurer to own 100% of a top 20 property and casualty insurance company in China, it said in an announcement on Monday. The buyout of its five Chinese partners is subject to regulatory approval.

China pledged in November 2017 to raise the cap on foreign ownership of life insurance companies to 51% over three years from the current 50% and to remove the cap entirely within five years, as part of an initiative to open up the financial services sector. AXA's announcement suggests the government is moving even faster.

AXA Tianping, which was set up in 2004, sells property and casualty insurance products, mainly motor insurance and short-term health insurance products. Although foreign ownership restrictions for non-life companies were lifted several years ago, foreign firms selling life insurance were subject to rules forcing them to set up joint ventures and to hold stakes of less than 50%.

In an interview with Caixin in November 2017, Hu Wu, chairman of AXA Tianping, said that the relaxation of foreign ownership rules for insurance companies would bring about “a fundamental change” for foreign players.

AXA Tianping said it is the sixth-largest provider of direct motor insurance in China and was the 15th largest property and casualty insurer in the country last year. But its position slipped to 19th in the first nine months of 2018 with total gross written premiums of 4.46 billion yuan, according to data from the China Banking and Insurance Regulatory Commission. Among foreign-invested property and casualty insurers, it has a 27.3% market share.

“The transaction marks another step towards consolidating our position as the No.1 foreign insurer in China and strengthening of our leadership in the Asian region,” Gordon Watson, chief executive of AXA Asia, said in a statement announcing the deal. “With full ownership and management control of AXA Tianping, we will further accelerate the deployment of our strategy to create a leading insurer that champions healthcare and mobility solutions”, said Watson.