By Timmy Shen and Dong Jing 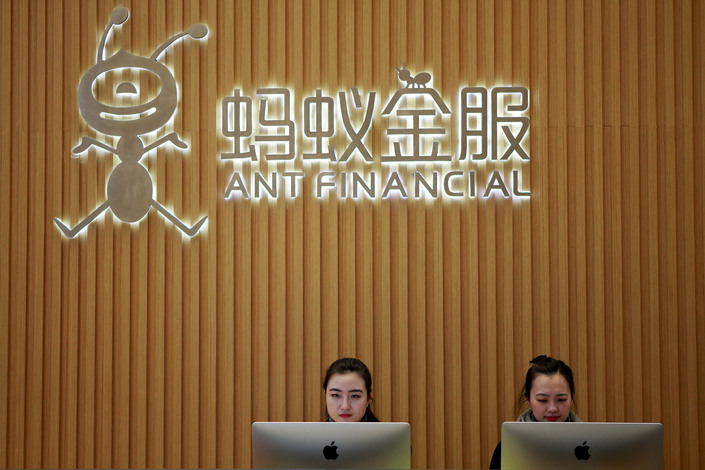 Ant Financial had to drop “insurance” from the name of its popular health insurance-like product after authorities pointed out that it violated industry regulations. Photo: VCG

Ant Financial has taken over control of a popular health insurance-like product that it launched with a partner last month after regulators took issue with calling it “insurance,” the fintech company said.

The setback for Ant Financial marks the latest sign that Chinese regulators are stepping up scrutiny on the tech industry’s freewheeling expansion into finance.

Mutual protection gathers a group of policyholders — or “members” in their words — who can receive health care coverage for free and only need to share medical expenses when one of them falls ill. The plan can be more affordable than traditional health insurance because each member needs to pay no more than 0.1 yuan ($0.01) per case to cover another person’s health expenses, according to a note on Alipay, Ant Financial’s online payment platform, which hosts the product.

This can potentially benefit lower-income families and individuals who don’t necessarily get full medical coverage from public programs. Its members can initially enroll in the program for free. Mutual protection also guarantees that each member will have to pay out no more than 188 yuan to cover other members’ health expenses in 2019.

Under pressure from regulators, Ant Financial announced on Tuesday that it will take over the business from Trust Mutual and rename the product “Mutual Protection” because regulators said the product has violated insurance regulations.

“Mutual Protection is essentially mutual online aid, but it was operated by a licensed insurance company. Now such a rectification means that the product has returned to its original form of online mutual help,” a source in the industry told Caixin.

Regulators took action as early as 2015 to respond to new kinds of insurance products. In October 2015, insurance regulator issued a note (link in Chinese) to address the risks of online mutual aid platforms. It pointed out that such platforms are forbidden from calling themselves insurance, providing implicit guarantees, illegally raising funds to create capital pools or promoting themselves by saying that they are under the government’s supervision.

This means that there is currently no regulation in place to cover these kinds of online financial products.

Given the looser regulatory environment at the time, hundreds of such platforms appeared in 2016, said Li Haibo, founder of mutual aid platform Bihu Huzhu, in a commentary (link in Chinese) on Caixin. However, many of them operated with promotions that did not comply with regulatory guidelines, leading to another note from the regulator reiterating a clear distinction between an insurance product and an online mutual aid plan, Li said, adding that regulators have increased their scrutiny since then.

“From the regulator’s perspective, Mutual Protection Insurance was clearly not an insurance product, which in fact did not fall under the supervision of any current rule, even though it essentially operates like an insurance plan,” Li said.

The companies that run such platforms are not licensed insurance institutions, leaving mutual aid plans in a gray area.

Tencent-backed online mutual aid platform Shuidi Huzhu also said that its plan is not an insurance product, but a charitable platform for members of a community to help one another. It also pointed out that the money that members add to their accounts “are not premiums, and members should not expect to receive guaranteed claims.”

Despite the uncertainties, online mutual aid platforms have drawn in an enormous number of users. As of Thursday, just two days after Ant Financial’s announcement, its new Mutual Protection plan exceeded more than 4.8 million registered members. Tencent’s Shuidi Huzhu said that it has over 53 million members, according to its page on WeChat.

Another tech giant, JD.com Inc., also got in on the action, albeit briefly. This month, it rolled out an online mutual aid plan called JD Hubao that it had to roll back within a day.

Regulators, nonetheless, appear to have grown increasingly wary of such expansions. Private companies must have “public spirit” when they help build financial infrastructure, and their activities must be guided and overseen by the government to ensure the stability and safety of the system and protect user privacy, former central bank governor Zhou Xiaochuan said in a speech this month at the Caixin Summit.