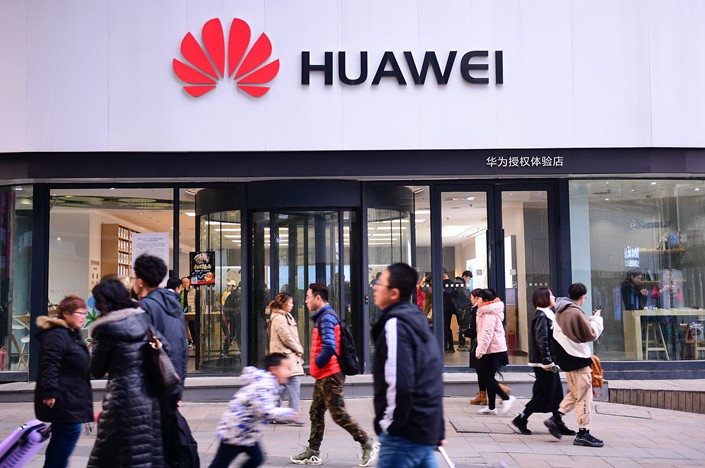 (Beijing) — Leading Chinese smartphone maker Huawei Technologies Co. Ltd. is planning a major expansion of its retail presence in India as it looks to play catch-up in one of the world’s fastest-growing markets — one that’s rapidly becoming a battleground for Chinese brands.

Despite a major growth spurt that has seen it become the world’s second biggest smartphone brand in just a few years, Huawei is still a bit player in India, one of the world’s biggest markets with more than 100 million units shipped per year. Other Chinese brands have feasted on the market over the last three years, and now control about half of all sales.

But Huawei had a scant 3.2% share in this year’s third quarter, a far cry from its 14.6% global market share for the same period, according to industry data from IDC.

The company is aiming to boost its presence with a rapid buildup of “experience zones,” kiosks it typically sets up inside stores operated by its local retail partners to promote its products, Wally Yang, senior marketing director in the company’s consumer business group, told the Economic Times of India. The company is in the process of setting up 100 such zones in the country, and plans to have 1,000 there by 2020, Yang told the publication.

A Huawei spokesman in China confirmed the company held a product launch event in India earlier this week, but could not confirm the experience zone plan.

The experience zones are part of a broader $100 million investment plan by Huawei in the Indian market, the Economic Times reported. Huawei has tried to position itself as a seller of higher-end phones that typically carry higher profit margins than the cheaper models that have helped many of its Chinese rivals thrive in the price-sensitive Indian market.

One of those, Xiaomi Corp., has grown rapidly since entering the country four years ago to become India’s leading smartphone maker by selling such models. It commanded 30% of the market in this year’s second quarter. Chinese brands Oppo and Vivo have also made major inroads, with 7.4% and 6.7% of the market, respectively.

Most of Huawei’s inroads in India to date have come under its lower-end Honor brand phones. But the company is planning to boost its higher-end Huawei line with plans announced this week to launch its Mate Pro 20 in India next month with a price tag equivalent to roughly $1,000.

The company has yet to significantly crack the market due to inability to formulate a good overall strategy, said IDC analyst Bryan Ma.

“They never quite figured out the right strategy around price points, channels, and branding,” he said. “This is in contrast to Oppo and Vivo who pushed hard in retail, or Xiaomi who used its online fan cultivation techniques.”

Ma pointed out that even though Huawei’s market share is relatively low, the 3.2% share for the third quarter is still a marked improvement over its 0.5% share a year earlier.

“Some 95% of their units are Honor branded, and mostly sold online,” he said. “So opening more experience centers helps to position them against offline-heavy players like Oppo, Vivo, and Samsung. Xiaomi has recently pushed aggressively into offline to reach lower tier cities too.”

The accelerated move into India comes as Huawei faces growing pushback in some major Western markets, most notably the U.S. and Australia, over concerns about possible company connections with Beijing, something Huawei has denied. The company was set to make a major push into the U.S. early this year through a partnership with AT&T, one of the nation’s top wireless carriers, when the deal reportedly fell apart due to pressure from Washington.