Best Buy Hangs Up on Huawei 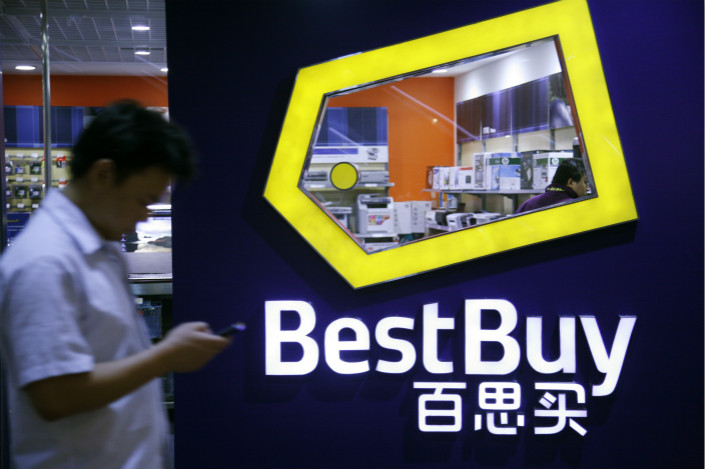 After a deal with U.S. wireless carrier AT&T fell through early this year, Huawei Technologies Co. Ltd. has apparently been dealt another blow as retailer Best Buy Co. Inc. will reportedly pull the Chinese company’s phones from its shelves.

Reuters reported that the largest consumer electronics retailer in the U.S. plans to stop selling Huawei phones in the next few weeks, while tech news site Cnet said Best Buy has already stopped buying new handsets from the Chinese smartphone-maker.

Huawei said it doesn’t discuss partnership details in public due to the need for business confidentiality.

“We are selling our phones in the U.S. through leading retailers. Our products in the U.S. meet the highest standards of security, privacy protection and engineering,” according to a company statement released Thursday.

Huawei said 46 of the world’s 50 top wireless carriers currently carry its handsets, and consumers and enterprises in over 170 countries also use its products without problems.

The smartphone-maker, the world’s third-largest after Apple and Samsung, said in the statement that it wants to gain the trust of U.S. consumers and offer them easy access to its products.

In January, AT&T scrapped a plan to offer Huawei handsets as U.S. government officials expressed concerns over its links to the Chinese military and the ruling Communist Party, according to media reports. That followed Verizon Communications Inc.’s decision to call off plans to offer Huawei phones in 2017.

Given that wireless carriers haven’t answered its calls, Huawei is turning to retailers including Amazon.com to reach out to U.S. consumers as part of its bid to make inroads into the market.

As of early Friday afternoon, a search on the websites of Best Buy and Amazon.com showed that both retailers still sell Huawei phones, including the latest flagship Mate 10 Pro model, which has been called a potential “iPhone killer.”

Despite the roadblocks in the U.S., Huawei surpassed Sweden’s Ericsson AB last year to become the world’s top manufacturer of the equipment that goes into cellular towers and related infrastructure.

Research firm IHS Markit said that of the top five telecom equipment-makers — a list that also includes Nokia Oyj, ZTE Corp. and Samsung Electronics — Huawei was the only one to increase its market share in 2017.