By Dong Jing and Timmy Shen 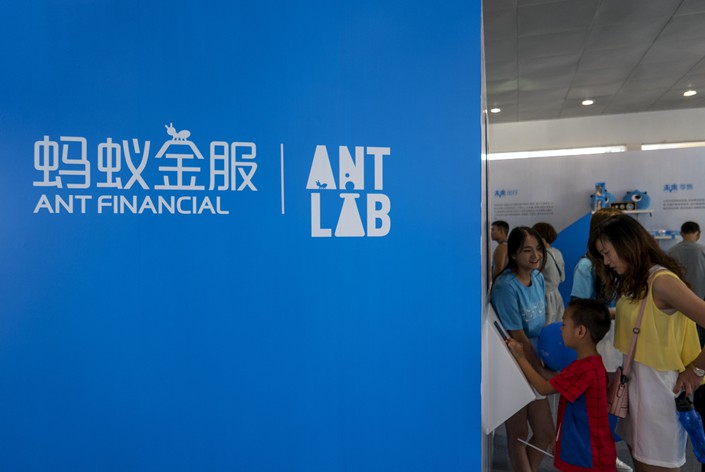 In a country where nearly all residents receive medical coverage from the government, 90% of the population doesn’t have private health insurance.

But that doesn’t mean there isn’t a need. Enter the “online mutual aid plan.” It’s a product that aims to provide the same benefits as medical insurance — but that isn’t actually insurance. And regulators have ruled the companies peddling it can’t call it insurance.

Last month, Ant Financial announced that it had taken over control of its popular “Mutual Protection Insurance” from its insurance company partner after regulators lodged objections, including to calling the product “insurance.” In response, Ant Financial Services Group, the fintech affiliate of e-commerce giant Alibaba Group Holding Ltd., then renamed the product “Mutual Protection.” The product gained more than 20 million registered members in 42 days.

Here’s how it works. The product essentially provides members with protection similar to conventional health insurance. Mutual Protection gathers a group of members who can receive health care coverage, provided that they agree in advance to pitch in and help other members with their medical expenses when one of them falls ill.

Such a plan can be more affordable than traditional health insurance because each member needs to pay no more than 0.1 yuan ($0.01) per case to cover another person’s health expenses, according to a statement on Alipay, Ant Financial’s online payment platform, which hosts the product. Mutual Protection has also guaranteed that each member will have to pay out no more than 188 yuan over 2019 to cover other members’ health expenses. Ant Financial adjusts this figure every year. If the total medical expenses of the user base grow to the point that each user has to pay more than 188 yuan for the year, then Ant Financial will pay the balance.

Another tech giant, JD.com Inc., also got in on the action. In November, it rolled out an online mutual aid insurance plan called JD Hubao, but had to roll it back within a day due to regulatory scrutiny. Such plans worried regulators, especially when they were first launched and promoted as insurance policies underwritten by mutual insurance companies.

China’s insurance regulator ruled on online mutual aid platforms at least as early as 2015, when it released a statement (link in Chinese) forbidding them from calling themselves insurance or providing implicit guarantees that their claims will be paid like conventional insurance.

The biggest difference between an online mutual aid plan and an insurance policy is that insurance must pay policyholders’ claims, Kangai Gongshe founder Zhang Mading told Caixin. “It can be a risk for Ant Financial and JD.com to bear if they have to offer guaranteed claims,” Zhang said.

For instance, in the initial design of Mutual Protection Insurance, the insurance company that underwrote the product, Trust Mutual, barely bore any risk. The medical expenses were shared by members, and the community could be dissolved if there were less than 3.3 million people enrolled. In this case, the insurance company could earn a 10% management fee from the claims without bearing much risk.

“Regulators need to protect the rights of policyholders. They have to oversee a new product in the market according to the law to strike a balance between innovation and risk control,” said Yuan Li of Arxan Fintech.

Mutual insurance firms got into online mutual aid plans because they were having trouble making profits, said sources in the industry close to the matter. “They hoped to boost the growth of their client base by rolling out such insurance products (in partnership with tech giants),” according to multiple sources in the insurance industry.

Unlike a stock insurance company, which is usually owned by shareholders, a mutual insurance company is entirely owned and managed by its policyholders. By purchasing a policy from a mutual insurer, the buyer becomes a member of an association, and their payment is combined with those of other policyholders to form a fund. When the company receives a claim that meets agreed-upon conditions, it pays out by withdrawing money from that fund. Any profits it earns are distributed among policyholders.

China, in fact, came late to the business. Its first mutual insurer — Public Mutual — opened in 2017. In the U.S., the first mutual insurance firm was established in 1752. Public Mutual, with initial working capital of 1 billion yuan, primarily offers credit insurance to small and midsize enterprises, as well as short-term health and personal accident insurance. It was one of the three mutual insurers to receive approval from the forerunner of the China Banking and Insurance Regulatory Commission (CBIRC).

Mutual insurance firms have thrived in the West where mutual insurance has become a relatively large source of premium income. The mutual and cooperative insurance sector represented 27% of the global insurance market by premiums in 2016, compared to 24% in 2012, according to statistics from the International Cooperative and Mutual Insurance Federation (ICMIF). The regional breakdown was as follows: North America 37%, Europe 31%, Asia and Oceania 15%, Latin America 12%, and Africa 3%.

“Through Mutual Protection, Ant Financial could draw in an enormous number of young consumers,” said a source in the traditional insurance industry. “Whoever obtains such users could end up dominating the market.”

With Alipay’s user traffic, payment method, rich user data and consumer credit scoring system, Ant Financial has had a good sandbox to develop online financial products, the source said, adding that it would be “hard for conventional insurers to top it.”

The market is also big. Roughly 97% of China’s population — or about 1.35 billion people — are covered by basic public health insurance run by their local governments, but on average they paid nearly 40% of their medical expenses out of their own pockets in 2015, according to a research report (link in Chinese).

Private medical insurance could bridge the gap, but commercial health insurance has only a 9.1% penetration rate in the country, despite its enormous insurance industry, which is the second-largest in the world by premium incomes.

Such demand has fueled the popularity of online mutual aid platforms. According to a survey conducted by Mutual Protection, over 60% of its registered members have never purchased commercial health insurance. Also, the medical claims funded from the pools of such online communities have surpassed 1 billion yuan, said Li Haibo, founder of mutual aid platform Bihu Huzhu, based on his calculations (link in Chinese). In terms of claims, that figure is equivalent to the size of a midsize insurance company.

“As technology advances, online platforms will not only analyze users’ behavior but also track their credit histories,” Yuan said. “If powered by blockchain technology, the platforms can make it hard for those with poor credit to survive.”

Despite regulatory uncertainties, the low-entry and pay-after model of online mutual aid plans will possibly make insurance more accessible in general, Yuan said, adding that they could raise public awareness of the importance of having health insurance — or something like it.