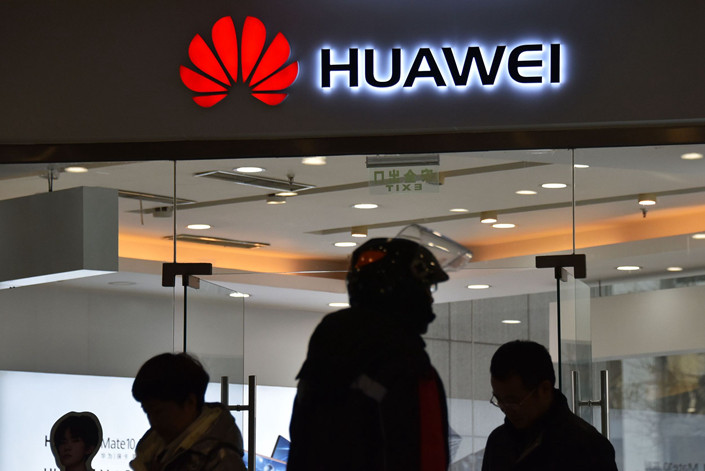 A Huawei brand store in Beijing on Monday. Photo: VCG

SoftBank Corp. and NTT Docomo Inc., both of which have been carrying out fifth-generation (5G) wireless trials with Huawei, have decided to cease their use of the firm’s products, while KDDI Corp. has no plans to use its 5G products now or in the future, the report said.

SoftBank currently uses Huawei gear as part of its fourth-generation (4G) mobile communication system, but will gradually replace the Chinese-made devices with U.S. and European products, the report said, citing anonymous company sources. Docomo has not used products made by either Huawei or Chinese firm ZTE Corp. in its 4G system, while KDDI has not used their products in its key facilities, according to the report.

The move comes after Japan reportedly said last week that it is drafting guidelines that will prevent government departments and the military from using telecom equipment from the two Chinese suppliers. The Kyodo report said the Japanese government has reached a decision to effectively exclude Huawei and ZTE from public procurement from April onward.

Huawei and ZTE did not immediately reply to requests for comment. China’s Ministry of Foreign Affairs last week said that it was “deeply concerned” about the Japanese government’s potential procurement ban.

If true, this would be a further setback for the global ambitions of Huawei, which has already been locked out of the U.S., Australia and New Zealand. These governments said they were concerned that alleged connections between the Chinese manufacturer and China’s Communist Party and military would pose national security risks.

One of the latest examples of such action came earlier last week when leading British carrier BT Group PLC said it was removing Huawei equipment from the core of a recently acquired network.

The hurdle in Japan comes as Huawei’s Chief Financial Officer Meng Wanzhou, who is accused of fraud by the U.S. in relation to alleged violations of U.S. sanctions against Iran, will be back in a Canadian court Tuesday morning for day three of her bail hearing, after Monday’s session was adjourned without a decision.