By Peng Qinqin and Shen Lu 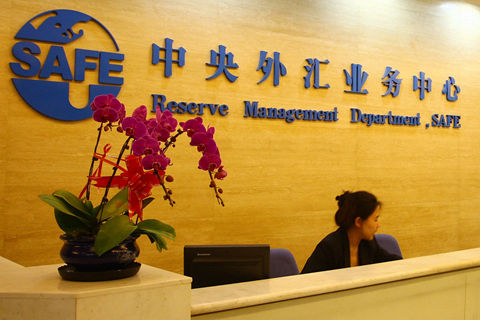 A unit of the Reserve Management Department of China’s foreign-exchange regulator set up a third wholly owned venture to help manage investments of the country’s $3 trillion of foreign exchange reserves, the world’s largest.

With registered capital of 500 million yuan ($72.7 million), Zhonghui Reserve will be involved in project investment, asset management and investment management. It will be headed by Li Hongyan, the current director of the Reserve Management Department. It is unclear how much in reserve funds will be allocated to the new venture.

Some market sources said they see SAFE’s establishment of such investment ventures as an effort to push forward corporate reform in the reserve investment department. The department has made a series attempts in recent years to improve its fund management ability, including hiring top-notch investment talents from abroad. SAFE did not respond to a Caixin request for comment.

Zhonghui Reserve is Wutongshu’s third investment vehicle, according to public records. In 2015, Wutongshu established two other ventures, Beijing Fengshan Investments and Beijing Kunteng Investments, each with a registered capital of 50 million yuan.

Wutongshu first appeared in public in 2014 when it became the largest shareholder of the Silk Road Fund, with investment of $6.5 billion from the foreign exchange reserves. The Silk Road Fund is a state-backed investment fund to foster China’s overseas investment under the multibillion-dollar Belt and Road development initiative.

Wutongshu and the two previous subsidiaries have become active investors in China’s stock markets since 2016. The companies are among major shareholders of a number of listed banks and financial institutions.