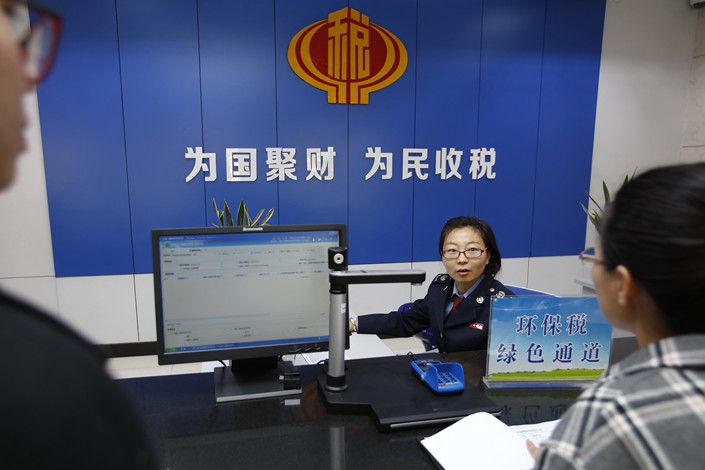 The Communist Party’s and state government’s Central Economic Work Conference at the end of each year is the key to taking the pulse of the Chinese economy and finding clues of economic decisions for the next year. Both internal and external risks to the Chinese economy have exceeded expectations this year, such as the escalation of the China-U.S. trade war, weak domestic consumption, declining infrastructure investment, the unstable private sector, and lack of confidence in the capital market. Compared with the focus on preventing financial risks at last year’s meeting, such new obstacles have made the “six stabilities” an important decision-making deployment for now and for some time to come.

In this context, this year’s Central Economic Work Conference may allow a further downward adjustment of economic growth next year; macroeconomic policies will be looser; and tax cuts must be imperative. Meanwhile, actively reaching a trade truce with the United States, and strengthening reform and opening-up, as well as a structural adjustment, are still the top priorities of economic work next year.

Economic growth target: adjust down to about 6%

With the transformation of China’s economic structure, China’s economic growth has shown a downward trend as a whole in recent years, and correspondingly, its gross domestic product (GDP) growth target has also fallen, from 8% in 2011 to 6.5% in 2017. That is, a drop of almost 0.5 percentage points lower every two years. Looking forward to next year, it is expected that the conference will still face the reality of “increasing downward pressure on the economy.” It is expected that the GDP growth rate in 2019 will be reduced to around 6%, making room for structural reforms and response to external risks.

Judging from the operation of investment, consumption and exports, the downward pressure on the Chinese economy will remain large next year, which is mainly reflected in consumption: The decline in the growth of household income will drive down consumption. At the same time, constraints such as high prices of real estate, the tightening of various consumer loans, and the fall in stock prices have also squeezed the consumption behaviors of quite a number of residents. In addition, factors such as the decline in corporate profits will also weaken residents’ willingness to spend in the short term. How to make more deployments over boosting consumption may be one of the topics of this coming conference.

Manufacturing investment is closely related to the confidence of the private sector. Private enterprises are operating with more difficulties this year. On the one hand, this is related to the economic downturn, a tightening financing environment, falling corporate profits and rising costs. On the other hand, policy adjustments such as deleveraging, decapacity, strengthening environmental protection and standardizing tax payment have more significant impacts on the private sector. It is expected that the conference will continue to support the development of the private sector with a loose policy space and financial support.

In terms of foreign trade, contrary to the high growth of China’s trade in previous months, China’s import and export growth rate dropped rapidly in November, indicating that the stimulating effect of “exporting in advance” in order to avoid the impact of the China-U.S. trade war has been weakened. Looking forward to next year, we remain optimistic about a trade truce agreement between China and the U.S. within 90 days. The current Huawei case and the previous ZTE case indicate that Sino-U.S. relations have shifted from a trade war to a technical war, and besides, the two countries also have differences in their economic systems and ideologies. In the short run, only by upholding the pillar of economic and trade relations can we avoid the overall deterioration in the political, diplomatic, and ideological fields between China and the U.S., and get more time for China’s structural transformation. Therefore, it is expected that the Central Economic Work Conference may continue the judgment that “profound changes happened in the external environment” at the Politburo meeting on Oct. 31, and press for a China-U.S. trade agreement.

Looking into 2019, monetary policy will remain “neutral to slightly loose,” which is mainly deriving from the following considerations: First, the slowing domestic economy and private sector, which are difficult to operate, both need a loose monetary policy environment to provide support; second, the global economy has a downward trend, with the Fed showing a more-dovish stance that slowed down the interest-rate-raising cycle of the U.S. dollar; third, inflationary pressures have declined. The consumer price index (CPI) and producer price index have shown a downward trend in October. It is expected that the CPI target will be set at 3% next year, and the actual inflation level may be reduced to 2% to reserve space for monetary policy.

Of course, considering that the effectiveness of China’s monetary policy has been reduced, a proactive fiscal policy should play a greater role next year, truly reflecting the “positivity.” It is expected that the fiscal deficit rate target for 2019 will be further raised to 3%, and greater tax cuts will be introduced. Recently, the decision-maker have been very clear about tax cuts. For example, President Xi Jinping mentioned at the private enterprise symposium that the first condition for supporting the development of private enterprises is to “reduce the taxes-and-fees burden on enterprises.”

In addition, accelerating opening-up and promoting structural reforms are still the focus of economic work next year. This is both a requirement to slowly release external pressures and a fundamental way to reverse China’s current economic weakness. The following content may be the focus of the conference: First, make further opening-up in financial markets and service markets; relax foreign investment access conditions; and coordinate with the 90-day trade negotiations between China and the U.S., which may be faster than expected. Second, emphasize competitive neutrality; and strengthen the competitive-neutrality principle among foreign-funded enterprises, state-owned enterprises and private enterprises, so as to alleviate external doubts and boost the confidence of the private sector. Third, stress intellectual property protection. Fourth, accelerate the land-system reform, equalization of public services, and market-oriented reforms of state-owned enterprises.