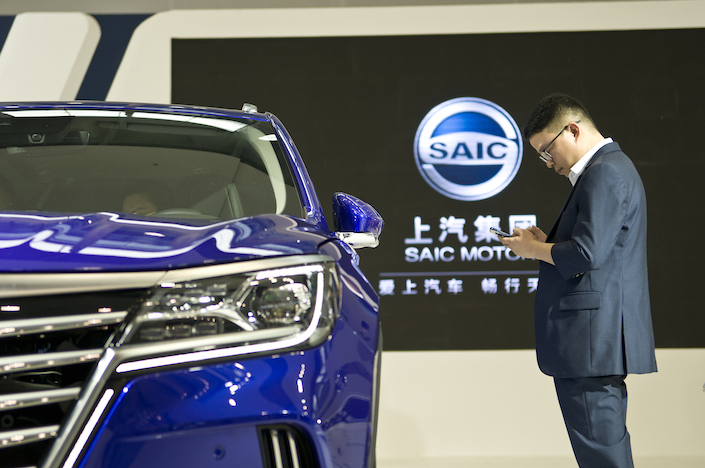 SAIC Motor Corp., China’s largest automaker, became the latest conventional automaker to roll into the burgeoning ride-hailing market in search of a new source of growth.

SAIC Motor unveiled its ride-hailing brand, Xiangdao Chuxing, on Tuesday. The company will put 1,000 vehicles in service starting in Shanghai and expanding into more cities next year, according to the Shanghai-based automaker.

The SAIC Motor move followed a number of other major Chinese automakers tapping into the ride-hailing business, a market currently worth about $23 billion a year, according to consultancy Bain & Co.

Carmakers are counting on the massive potential of the market for new growth. Annual transactions in China’s ride-hailing market will more than triple to $72 billion by 2020, said Wu Bing, chief executive officer of SAIC Motor’s ride-hailing unit.

“The market will become a crucial battlefield and cradle of new brands,” Wu said. He called ride-hailing the widely recognized future for auto manufacturers.

SAIC Motor obtained a ride-hailing license in Shanghai in September and started a trial business in mid-November, Wu said. Over the past month, the service has attracted 600,000 registered users and provided more than 300,000 rides.

Xiangdao Chuxing will recruit its own team of drivers and work with professional fleets, offering services targeting the higher-end segment of the market, Wu said.

China’s ride-hailing market is bigger than that of the rest of the world combined, according to Bain & Co. But 82% of the market share is controlled by leading player Didi Chuxing, which was hit by several setbacks this year because of security concerns after multiple riders were raped and two were murdered by drivers.

Industry analysts said smaller players and newcomers will continue to chip off pieces of the market and will gradually reduce Didi’s share to around 70%. Ministry of Transport data showed that as of July 31, 49 ride-hailing companies were operating in China.

Slowing auto sales are pushing carmakers into ride-hailing and mobility services. In November, car sales in China declined 13.86% from a year ago as the market moves toward its first annual drop in 28 years.