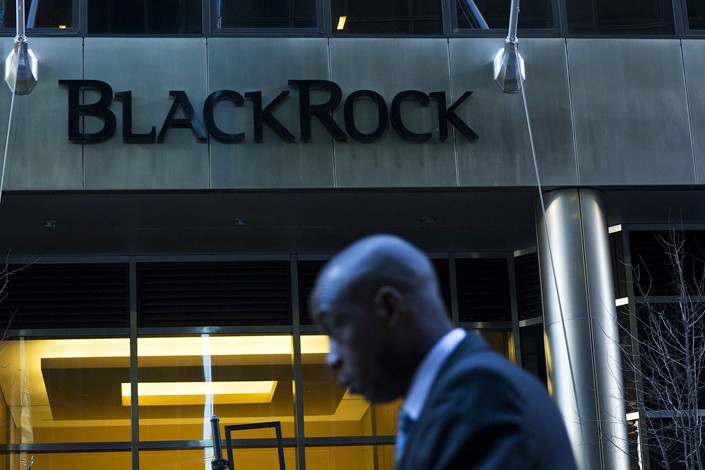 The proposed expansion of the dollar-denominated investment program would mark China’s latest step toward fulfilling a promise to further open up its financial market and give foreign financial institutions greater access to the world’s third-largest stock market and third-largest bond market.

One of the measures under discussion would allow eligible QFII investors to buy private investment funds set up by wholly foreign-owned enterprises (WFOEs) from foreign asset managers, Caixin has learned from sources familiar with the matter. It would also allow QFII investors to hire WFOEs as investment advisers.

The Chinese Securities Regulatory Commission (CSRC) has been discussing the proposal with WFOEs for about a year, and it is likely to release it for public comment “soon,” people familiar with the matter said. The proposed changes would largely ease the fundraising and expansion problems of WFOEs, as it could allow them to receive seed funding from their overseas parent companies without drastically changing the QFII program’s ecosystem, WFOE executives said.

The QFII channel, first introduced in 2002, has been one of the paths for foreign institutions to invest in China. However, in recent years, it has been partially displaced by the launch of the stock- and bond-connect programs between Hong Kong and mainland markets, which have more liquidity and offer more investment flexibility.

According to current regulations, QFII investors are allowed only to invest in A shares, sovereign bonds, convertible debt and corporate bonds, though there is a quota on how much they can buy. Investors can currently hire mutual fund firms, insurers or asset management companies set up by brokerages as investment advisers, but they are limited to local companies or joint ventures.

Most of the WFOEs have struggled to attract funds investment on the mainland because they lack a long track record and face stringent internal and external compliance requirements that may exclude many potential clients, Caixin reported earlier.

“If QFII quota is allowed to be invested in foreign asset mangers’ private funds, we would no longer worry about fundraising issues for the first one or two products,” a senior WFOE executive who is in charge of its China business told Caixin. “In addition to the seed money from the parent company, we can also bring in investment from brokerages, third-party wealth management companies and banks as supplements.”

An executive of a foreign asset manager told Caixin: “Current regulations require private fund managers operating in China to issue a new product six months after it registered, which makes the schedule very tight. If the rules allow a WFOE’s offshore parent company to put in some seed money into the first batch of products, this will be easier for us to manage.”

In addition to allowing QFII investors to buy WFOE’s private investment funds, the securities watchdog is also considering broadening the investment scope. On Dec. 13, financial regulators held a closed-door meeting in Beijing with investors in the QFII program and its yuan-denominated sibling, the Renminbi Qualified Foreign Institutional Investor (RQFII) program, according to a CSRC statement.

At the meeting, the CSRC mentioned the possibility of extending QFII investment into commodity futures, mutual funds, options, securities lending and stocks listed on the National Equities Exchange and Quotations, which runs the country’s major over-the-counter stock exchange.

The CSRC told the institutions that “QFII and RQFII programs are the major access channels to China and the reform remains a top priority for the CSRC in 2019,” according to an internal email seen by Caixin. It also proposed changing the quota application process from the current registration system to a filing system to make overseas investors more comfortable investing in the mainland markets.

Although that discussion is in its early stage, previous regulatory moves this year indicated that the authorities plans to reform the programs in response to demands by global financial institutions for more access.

In an Aug. 8 statement, the CSRC vowed to further standardize the entry requirements for investors looking to use the QFII and RQFII programs, and expand the scope of investments available through the two programs. That commitment came less than two months after China’s foreign exchange regulator scrapped the 20% cap on the funds that investors have been allowed to take out off China via the two programs. In November, the regulator also expanded the quota for QFII investors by $575 million to $100.6 billion.