Movers and Shakers: Why a Bike-Sharing Mogul Can’t Fly First-Class

By Ke Baili and Zhang Yu 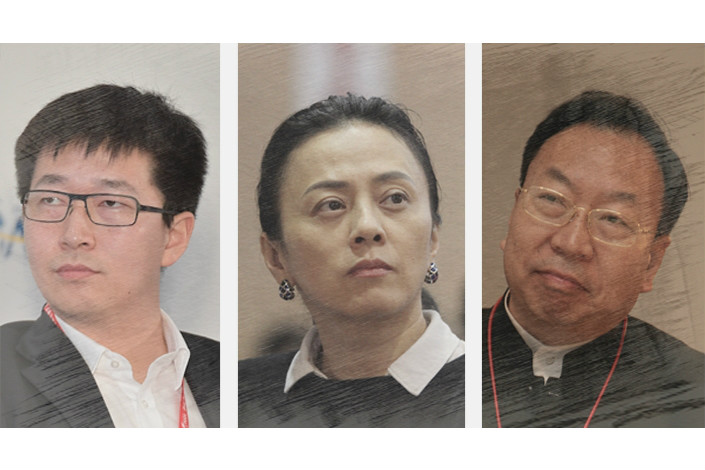 There have been few moves in financial circles this week, which was dominated by celebrations of the 40th anniversary of China’s reform and opening-up policies, and a key policy meeting setting China’s economic agenda for 2019. See below for companies and corruption news.

Blacklisted bicyclist: Dai Wei ( 戴威), the founder of bike-sharing startup Ofo, was put on a blacklist and barred from excessive spending after his company failed to meet its debt obligations. Dai is now banned from buying a house, flying first-class, playing golf, or staying in high-end hotels, among other restrictions.

Four-year-old Ofo, once a strong contender with Mobike during the explosive growth of China’s bike sharing industry, has had a tough 2018. It’s currently struggling to repay massive debts to suppliers —several of which have filed lawsuits — and customers, who are lining up for hours in hope of getting refunded the 99 yuan ($12.66) (or, for latecomers, 199 yuan) that they deposited with the company in order to use its bright yellow bicycles.

Hedge fund head heads off: The chair of Man Group PLC’s China operations, Li Yifei (李亦非), will be retiring from the company, she confirmed to Caixin. Man Group is the world’s largest publicly traded hedge fund, and Li has led its China operations since they began in 2012.

Fraud at debt-ridden petrochemical company: Eight people at the privately owned Baota Petrochemical Group, including its chairman, Sun Hengchao (孙珩超), have been arrested for fraud involving negotiable securities, just as the company faces a debt crisis. Sun and his son were detained last month.

When Caixin interviewed Sun back in February, he mainly talked about just how tough it was for private companies to access financing in China. This year, private firms have been hit by a triple whammy of a trade war with the U.S., a stock market rout and a credit crunch.

Sun Bo (孙波), former general manager of state-owned China Shipbuilding Industry Corp. (CSIC), was expelled from the Chinese Communist Party and stripped of all public positions for taking bribes and severe disciplinary violations. He was also accused of “engaging in superstitious activities.”

CSIC is the company realizing China’s aircraft carrier ambitions, having rebuilt its first carrier from a Soviet vessel, and also constructed its first domestically built carrier. Sun became general manager in March 2015, and is also being investigated for leaking military secrets, according to the South China Morning Post.